Although diesel engines have fallen into some disrepute in the U.S. market for non-truck light vehicle applications, this is not the case, perhaps surprisingly, in Germany. Audi has announced two new engine options for its flagship Q8 SUV, one of which is a diesel, which means that of the three engines available, two are diesel. The original is a 3.0-liter diesel that produces 286 hp and 442.5 lb-ft of torque. 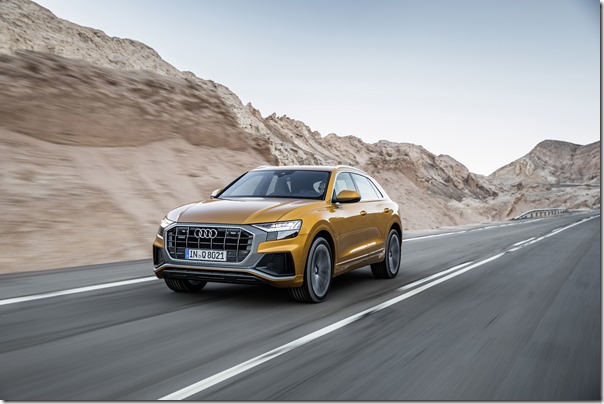 The newly available diesel is a variation on the 3.0-liter, although this provides less power: 231 hp and 368.8 lb-ft of torque. 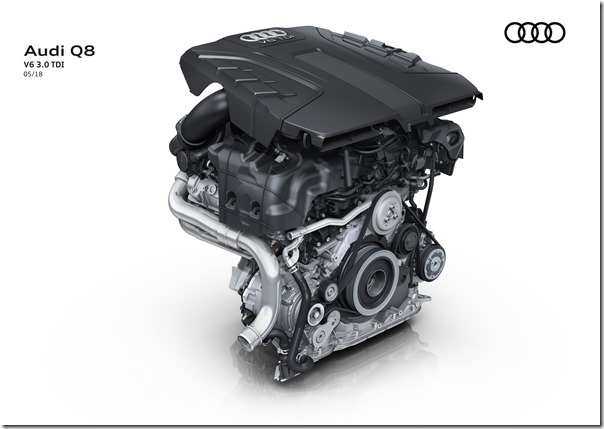 All of the engine for the Q8 work with a mild hybrid system, which has a 48-volt electrical architecture; it uses a lithium-ion battery system and a belt alternator starter system.

And all three engines are mated to an eight-speed Tiptronic transmission.

Diesel isn’t done yet. Not by a long shot.