“It’s a Hellcat possessed by a Demon,” Steve Beahm says quite simply. And no, he’s not talking about something related to a Stephen King book. Beahm, the Head of Passenger Cars for Dodge, Dodge SRT, Chrysler and, and Fiat, is referring to the 2019 Dodge Challenger SRT Hellcat Redeye. 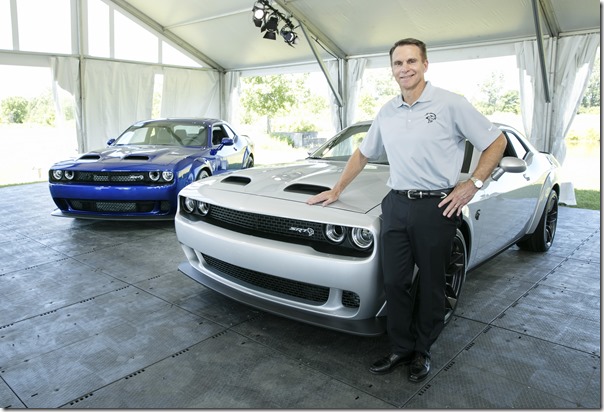 The SRT Hellcat is the 707-hp version of Challenger. The SRT Demon has a frightening 840 hp. So the SRT Hellcat Redeye is, perhaps, “just right” (although this Goldilocks would be somewhat out of the ordinary) as it has a supercharged (the largest supercharger, SRT says, of any production car, at 2.7 liters) 6.2-liter HEMI high output V8 that’s rated at 797 hp and 707 lb-ft of torque. As Beahm explains, it is the Demon engine with a different calibration.

Here’s a fun fact about the Hellcat Redeye that will cause those who are concerned about fuel economy to have their eyes pop right out of their sockets:

There are two dual-stage fuel pumps deployed. At full throttle that HEMI consumes 1.43 gallons of fuel per minute, which means that the fuel tank would be drained in under 11 minutes (assuming that you could keep the pedal to the proverbial metal for 11 minutes: it has a ¼-mile time of 11.1 seconds (at 131 mph); it has a top speed of 203 mph. 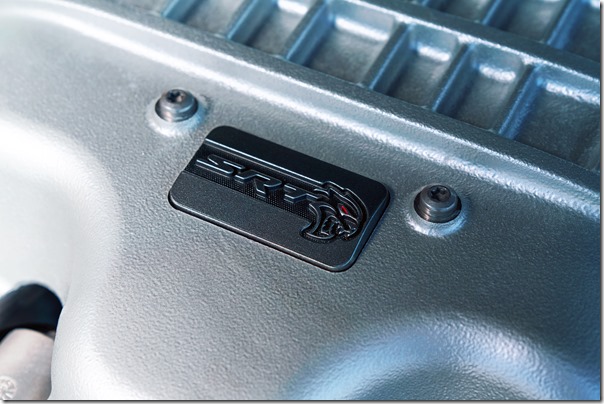 If the car is driven “normally” it is said to get 22 mpg.

The engine, incidentally, is mated to a TorqueFlite 8HP90 eight-speed automatic.

One thing the engine needs lots of (in addition to fuel) is air. So there is a fully functional dual-snorkel hood that provides maximum air intake, a driver-side air-catcher headlamp, and an inlet near the wheel liner.

One thing the driver is going to need after some time behind the wheel: the ability to catch her or his breath.