Don Walker is CEO of Magna, a company that he has been with for 33 years. He’s retiring at the end of 2020 and talks to “Autoline After Hours” about the industry he has been instrumental in
#Magna #Fisker #GeneralMotors

Magna is one of the leading automotive suppliers in the world, as in the upper portion of the top five on the planet (when the measurement is being made can cause a slight shift). And some numbers provide color to its magnitude: $39.4-billion in sales (2019); 346 manufacturing operations; 93 development, engineering and sales centers; more than 157,000 employees; facilities in 27 countries.

At Magna they hot-stamp sheet metal. They develop and produce ADAS components and systems. They make transmissions. They manufacture entire vehicles (as in vehicles including the Jaguar I-Pace, the BMW 5-Series and the Toyota Supra). 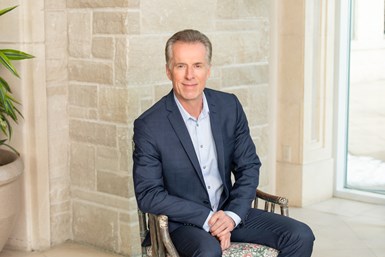 All of this from a genesis in Canada, where a small tool and die shop in Toronto received an order from General Motors in 1959 to produce stamped sun visor brackets.

In October it was announced that Don Walker, Magna CEO, will retire at the end of 2020 after a 33-year career at the company. During his tenure at Magna, the company has undergone the tremendous-but-targeted growth that has brought the supplier to the position it holds today.

(Walker will be succeeded by Swamy Kotagiri on January 1, 2021. Kotagiri is presently president of the company, but had previously been its chief technology officer, so he has extensive knowledge of tech developments.)

On this edition of “Autoline After Hours” Walker talks about where he sees the auto industry right now—and where he sees it going as there are profound changes occurring in the contexts of both automation and electrification, both of which Magna is deeply involved with.

What’s more, he says there is a greater emphasis being put on issues related to sustainability on a global basis, another sphere that the auto industry—OEMs and suppliers alike—need to deal with.

One of the things that Walker emphasizes, a thing that isn’t too often addressed, as there is greater attention being given to things like SPACs or battery chemistry development, is that there is a great deal of complexity—from planning through engineering to coordination of suppliers to production on the factory floor—when it comes to building a vehicle, which is a daunting challenge, particularly for companies with little experience in doing so. 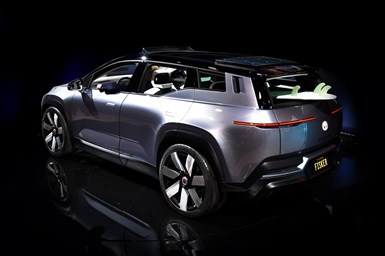 (It is interesting to note that Fisker has signed an agreement with Magna: Magna will be producing the Fisker Ocean, as well as providing an EV platform for the vehicle. Not only is Fisker going to be involved in the production of the vehicle, but its engineering will be involved, as well.)

Walker talks with “Autoline’s” John McElroy, Mike Colias of The Wall Street Journal, and me on the show.

Then the three of us discuss a variety of other subjects, including the massive commitment that General Motors is making on electric vehicles, with 40% of its showroom offerings in the U.S. being EVs by the end of 2025; the move being made by many countries to ban the sale of internal combustion engines (e.g., the UK will put its ban in place by 2030); the potential of OEMs becoming involved in the ride hailing space; whether autonomy is going to be a bigger play on for commercial vehicles than for personal vehicles; and a whole lot more.

Watch that edition of “Autoline After Hours” now.