The likelihood of “strong government policies to . . . influence consumer choices” is about as likely as Congress winning The People’s Choice Award.
#Chrysler 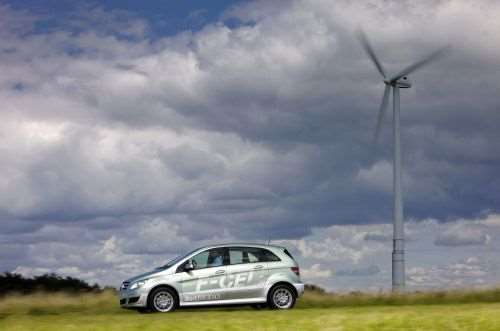 An exec at an OEM was rhapsodizing to me last week about an app that his company was offering that made it possible to remotely start one’s vehicle from the comfort of one’s smart phone. We were in SoCal at the time. The temps were temperate. But when I got back to Detroit, the reminder that while the clocks had changed, winter hadn’t given up was as striking as a poke with an icicle.

Had I had such an app, I could have had a toasty car waiting for me in the lot rather than the one that had me freezing my netherworld off for several miles.

But as I had pointed out to the executive, there seems to be some sort of disconnection among automakers when it comes to (1) their offering of remote starting functionality and (2) their professed focus on improving fuel efficiency.

That is, every OEM is all about promoting fuel efficiency. Heck, even the massive eight-cylinder mills that Chrysler has on offer--engines that can throw you back into your seat with a smile on your face as your right foot pivots forward on the accelerator even slightly--have cylinder deactivation systems that help minimize fuel use.

Remote starting is all about idling the car so as to warm it up in the winter and cool it down in the summer (oh, we can only dream about this today as the sleet falls from the sky). It isn’t about going anywhere. It is about comfort.

Any “Gas Saving Driving Tips” list always includes “Avoid excessive idling.” According to the U.S. Department of Energy, “Idling can use a quarter to a half gallon of fuel per hour, depending on engine size and air conditioner (AC) use.” No one is likely to warm up (or cool down) their car for an hour. On a cold winter’s morning, 10 to 15 minutes is probably reasonable (especially if there is a coating of snow and/or ice on the windshield). And as winter lasts a long time in several parts of the country, and as many people work five days a week, you can figure that going to work in the morning and coming back in the late afternoon at 10 minutes a crack each, the amount of fuel being burned is a non-trivial thing.

But, the executive countered, “Consumers want this remote starting capability.”

Yes, they probably do.

A few days later, I received a report from the National Research Council on a related subject. According to the report, by 2050 “the U.S. may be able to reduce petroleum consumption and greenhouse gas emissions by 80 percent for light-duty vehicles—cars and small trucks—via a combination of more efficient vehicles; the use of alternative fuels like biofuels, electricity, and hydrogen; and strong government policies to overcome high costs and influence consumer choices.”

Here’s the kicker: “achieving these goals will be difficult.”

Do we want difficult or nicely warmed-up cars on a cold day?

And as it seems that government policies seem to be more about making everyone happy in the present—the future be damned, because there is always another election to be won—the likelihood of “strong government policies to . . . influence consumer choices” is about as likely as Congress winning The People’s Choice Award.

It seems to me that the engineering community in the auto industry is up for the task of achieving this 80% decrease in fuel use and greenhouse gas emissions. The NRC study shows that improving the internal combustion engine and making that engine work less through vehicle weight reduction, aerodynamic improvements, rolling resistance reduction, and accessories improvements can be a big contributor. While I am fairly certain that that improvements for the accessories means things like the use of electric pumps, I wonder about the improvement via not having the car run when it doesn’t need to. . . .

I told a friend of mine about the discussion that I’d had about the remote start capability. “What’s your problem with that?” he asked. “In the U.S., we should burn more gasoline. We have the best emissions requirements in the world. If we don’t burn that gasoline, it is going to be burned in another country where they don’t have the same regulations that we have here, and that is going to really pollute the atmosphere.”