When you have literally millions of subscribers on your YouTube channel, you must be doing something right
#Ferrari #AutolineAfterHours #people

There are lots of people who do video reviews of cars that they post on YouTube. But there is only one Doug DeMuro.

What makes him so special?

How about the 3.8-million or so subscribers he has to his YouTube channel?

DeMuro certainly reviews a number of exotic cars. LaFerrari. Lambo Diablo VT.  You know. The kind of cars you see in the pages of magazines or Fast and Furious movies. 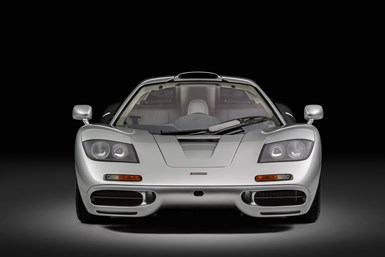 McLaren F1: The highest-ranked vehicle with a DougScore of 74. (Image: McLaren)

But he also reviews a number of more pedestrian vehicles. Like the Kia Soul.

There’s something else that is surprising about Doug DeMuro’s videos.

They don’t have high production values.

There is Doug. In shorts and a T-shirt.

Odds are, he’s in a church parking lot with the vehicle. A vehicle that he is likely to have borrowed from someone.

There is a camera.

And sometimes the camera isn’t the one on a tripod but one in his phone.

Once the shooting is complete, DeMuro edits the video. With iMovie.

While he does take the vehicles out on the road, he admits that there are many, many more car reviewers who are better drivers than he is. The drive portion is there. But it is not what makes the Doug DeMuro reviews what they are. 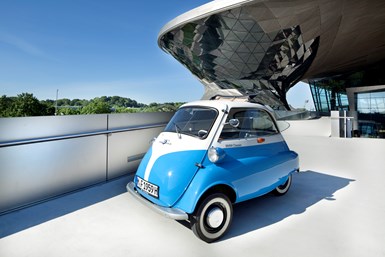 BMW Isetta: The lowest-ranked vehicle with a DougScore of 8. (Image: BMW)

The point is, this is not the sort of thing with remarkable production values. It simply smacks of a certain authenticity—which is all the more remarkable inasmuch as the vehicles that he’s talking about are not necessarily something that has just been introduced, but that have been out there for a number of years. (Think about this: with few exceptions—say something like the C8 Corvette—if someone were to ask you what car you would like to have the chance to drive, odds are that it wouldn’t be something that has just been introduced.)

He’s been making his videos since 2013, so he has plenty of experience.

And, as he explains on this edition of “Autoline After Hours,” having been there so early was something of an advantage in terms of gaining the audience that is rather astonishing.

DeMuro talks with Frank Marcus of MotorTrend, “Autoline’s” John McElroy and me.

For obvious reasons (as in astonishment and respect) we spend most of the show talking about the cars that DeMuro has driven and likes—and the ones that he found to be less-than-appealing. (He has the “DougScore” which rates cars on 10 metrics; the one scoring the highest is the McLaren F1 and at the bottom is the BMW Isetta.)

If you’re one of those people who wishes they had a chance to get behind the wheel of something, you’re going to want to watch this show—after all, Marcus, McElroy and I have been behind the wheels of more than a few, too. (Think about this: Marcus works for MotorTrend. Has any publication had its people driving more cars than that?)