Harley Earl remains as one of the premier automotive designers of all time. He brought something to the industry, which was still finding its way when he joined it, something special. It was a level of creativity and imagination that was in short supply when he was hired by General Motors and was made head, in 1927, of the newly established Art and Color Section, having designed the 1927 LaSalle, which was an assignment from Alfred P. Sloan, then-president of GM, and Lawrence Fisher, general manager of Cadillac (and a “Fisher,” as in “Body”). The purpose of that department, which was to morph into the Styling Section and then simply GM Design, was to “study the question of art and color combinations in General Motors products.”

Notice the word art. It is an important one, as Earl was an artist in sheet metal.

Earl was to be involved in a number of important cars—the Buick Y-Job concept of 1938 is regularly cited; perhaps more significantly, he brought the tailfins to the 1948 Cadillac, which gave rise to a number of Cadillac designs that are globally considered quintessential to what “Cadillac” means: more than a car, it became representative of the “Space Age.” 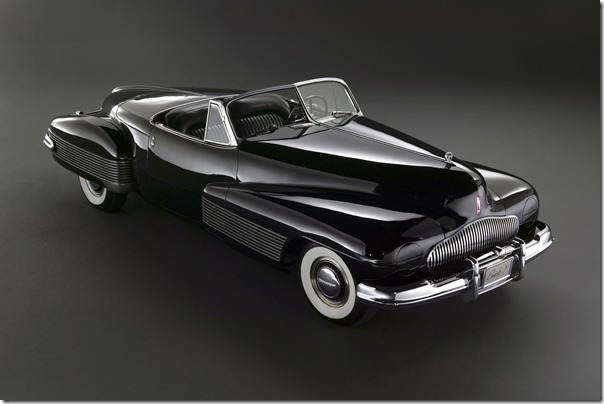 One of the important considerations regarding Earl is where he was before he joined GM. His father, J.W. Earl, established the Earl Carriage Works in Los Angeles, where Harley was to work and learn. The name of the company gave way to the Earl Automotive Works, and the firm specialized in making custom bodies for movie stars’ cars.

Harley Earl was born in Hollywood.  The Dream Factory.

For the past 10 years, there has been a ranking of the “Top 100 Most Valuable Global Brands.” The BrandZ study from Millward Brown, essentially is predicated on the fact that because consumers value brands they are more likely to buy from or consider. As Millward Brown puts it, “Brand Value is the dollar amount a brand contributes to the overall value of a corporation.”

Like some of the car companies (Toyota, Mercedes, Honda, and Ford), Disney is named after a person. Walt Disney didn’t start his career as a Hollywood insider. He was born in Chicago, started his first studio in Kansas City and went bankrupt (which certainly brings the career of Henry Ford to mind), then went to Hollywood.

He created a character, Oswald the Lucky Rabbit, and the Disney Brothers Studio produced animated shorts starring Oswald, which were distributed by Universal. Walt tried to get Universal to pay more money for his work, but they offered less, and in short order it was made clear to him that Universal owned the trademark to Oswald, so Disney was out of the picture.

Perhaps there was something beneficial in this, as when you lose your rabbit, you bring out your mouse.

Over the years, during and certainly after Walt’s life, Disney has become the global purveyor of entertainment products, whether film or physical properties.

He understood that people are always looking for something special, something magical, and he delivered, as the company continues to.

Yesterday, Elon Musk unveiled the Model 3. A car. An electric vehicle. Yes, it is a Tesla. Yes, impressive claims are made for it by the company—215 miles per charge, 0 to 60 mph in under six seconds, a starting price of $35,000 before government incentives—but (1) it is a five-passenger sedan and (2) it won’t be available until “late 2017.”

IT IS A FIVE-PASSENGER CAR THAT WON’T BE AVAILABLE FOR MORE THAN A YEAR.

Yesterday afternoon my “Autoline After Hours” colleague John McElroy raised an interesting point: “When is the last time there was mass-media interest in the introduction of a car?”

With the Model 3, Tesla is in Apple territory, with people lining up in front of the stores, waiting to part with their money. Contrast that with ads you may have seen on TV this morning for “deals” and “cash back” when you buy a particular vehicle.

The Model 3 was unveiled in Hawthorne, California. That’s due south by about 16 miles from Hollywood. It is where the Tesla design studio is located.

Some people say that the Model 3 is a “game changer.” Arguably, it is less of a game changer than the Chevrolet Bolt EV. Consider: it is a five-passenger electric vehicle that has a range of “more than 200 miles,” a 0 to 60 mph time of less than seven seconds (which is still enough to snap your head back), and will be priced at “about $30,000” after government incentives.

Elon Musk has tapped into something that Harley Earl understood, that Walt Disney understood. People want something special. Something magical.

Sure, Earl designed cars and Disney made cartoons. But it is how they did it that transformed the industries in which they worked.

Is there another person you can name that has had as transformative effect on the current auto industry as Elon Musk? Every car company in the world is working on their “Tesla fighter.” 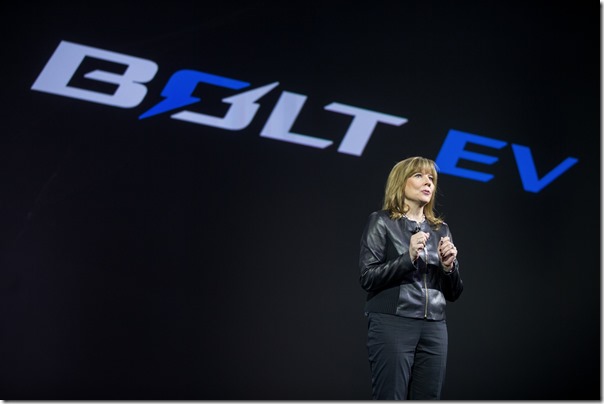 When GM CEO Mary Barra introduced the Bolt EV at this year’s CES, she said “imagine the power of combining connectivity and electrification in an automobile at an affordable price” and “unlike some EV customers, Bolt EV customers never have to worry about driving to another state to buy service or support their vehicle,” both of which are clearly aimed at Tesla.

Tesla has had a bigger impact on the industry than even the California Air Resources Board.

This industry needs excitement. It needs drama. It needs magic.

Sure, it needs its bread-and-butter cars and trucks, too. After all, companies need to keep the lights on.

But people want something more in their vehicles.

An example of a completely different nature:

FCA released its sales figures for March today. Through March, the company delivered a combined total of 33,890 Chrysler 200 and Chrysler 300 models, both cars that are handsome, functional and well-appointed.

Yet during the same period, it sold a combined total of 43,785 Dodge Charger and Dodge Challenger models, both cars that are bad-ass, functional and well-appointed. 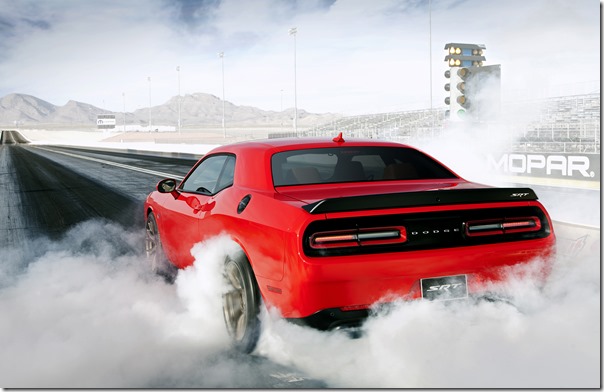 Special wins. Earl got it. Disney got it. Musk gets it.