Volvo Cars announced last July that starting in 2019 every car that it produces will have an electric motor.
#Volvo #oem #HP

Volvo Cars announced last July that starting in 2019 every car that it produces will have an electric motor.

Which led some people to proclaim that the internal combustion engine was doomed so far as this Sino-Swedish company is concerned.

Which is hardly the case.

Rather, what Håkan Samuelsson, Volvo president and chief executive, said was, “People increasingly demand electrified cars and we want to respond to our customers’ current and future needs. You can now pick and choose whichever electrified Volvo you wish.”

Yes, Volvo has full EVs on the agenda. Just not all of its vehicles will be fully electric. 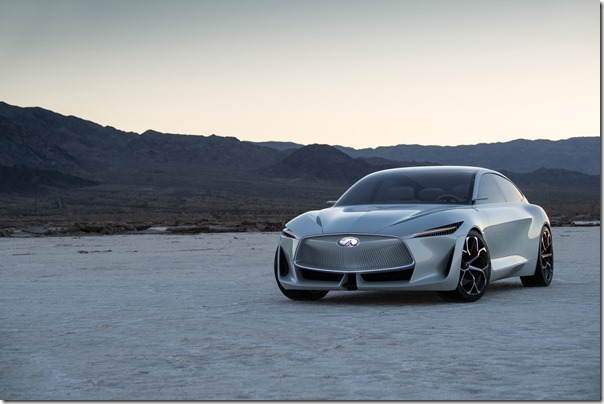 This is the Q Inspiration concept car that INFINITI launched at the North American International Auto Show the day before Hiroto Saikawa made his announcement about the electrification plans. Although this is a concept vehicle, it is powered by the VC-Turbo engine that INFINITI is deploying in its QX50 production vehicle. What’s interesting about the engine is that it provides variable compression through an advanced multilink system that provides any ratio between 8:1 to 14:1, thereby allowing the engine to operate in a high-performance mode or a fuel-efficiency mode or anywhere in between. The 2.0-liter version in the QX50 produces 268 hp and 280 lb-ft of torque.

Yesterday at the Automotive News World Congress Nissan CEO Hiroto Saikawa said that starting in 2021 the vehicles that INFINITI brand launches will be electrified.

Some will be full EVs. Some will be electrified (e.g., hybrids using the company’s e-POWER technology, which uses a gasoline engine to change a battery which is then used to power an electric motor to then power the wheels (a.k.a., “series” hybrid).

INFINTI projects that by 2025 more than half of the vehicles that it sells on a global basis will be electrified. Again, not fully electric. Some will be EVs. Some won’t.

No major car maker with internal combustion engines in its portfolio is going to throw the proverbial switch and go all EV.