Electric Motors for Aero and Auto

Rolls-Royce—the manufacturer of aircraft engines, not the one that makes high-end vehicles with four wheels—is working with another British company, YASA, on the development of the ACCEL, an electric airplane.
#RollsRoyce

Rolls-Royce—the manufacturer of aircraft engines, not the one that makes high-end vehicles with four wheels—is working with another British company, YASA, on the development of the ACCEL, an electric airplane. This development is a one-seater, not a wide-body. But you have to start somewhere. 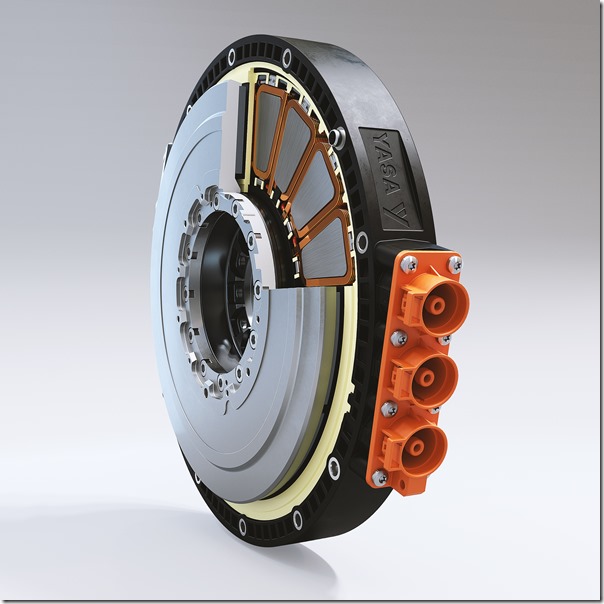 This week YASA announced that it has entered into “a long-term joint innovation agreement with a global OEM” of the automotive variety. In this case, the partner is not named.

YASA—which stands for “Yokeless And Segmented Armature,” which describes the design of the motors it produces—manufacturers axial flux motors that are said to be both light and powerful, as in power densities up to 10kWh/kg, with the power being achieved at comparatively low speeds (2,000 to 9,000 rpm).

Obviously, if you’re going to be building an airplane with an electric motor a goal from the start is to have as low an overall mass as possible (Rolls is using a composite structure, for example), so evidentially YASA helps check that box.

And while mass reduction may not be quite as critical in automotive applications as in aerospace, it is still a key consideration.

The YASA P400 motor/generator uses, for example, an engineered polymer housing for the motor stator rather than one made of aluminum, which is said to reduce mass. (Also, reduce cost and assembly time, two other valuable metrics.)

Odds are we’ll be seeing YASA motors in production vehicles of an automotive type before we see serially produced aircraft with the motors.

But they’ve got to start somewhere.