Rudolph Diesel—who, incidentally, died mysteriously while traveling by a post office steamer on the English Channel in 1913—must be rolling in his grave.
#Nikola #Volvo #Freightliner

Rudolph Diesel—who, incidentally, died mysteriously while traveling by a post office steamer on the English Channel in 1913—must be rolling in his grave.

First, there was the issue of Dieselgate that included various well-known German marques, and now there is increased discussion of replacing diesel engines in commercial trucks with electric drive systems.

This just isn’t the ever-optimistic Elon Musk and the semi he revealed last November. There’s Nikola One, Thor Trucks, and Freightliner.

Navistar CEO Troy Clarke told Trucks.com a few weeks ago of the electric trucks they’re developing (with partner Volkswagen Truck & Bus), “Customers know us, and they know that when we give them a truck it gives them a guarantee that this truck is going to serve their needs, because we understand how our customers make money.”

Apparently, Navistar intends to have medium-duty trucks on the market by 2020. 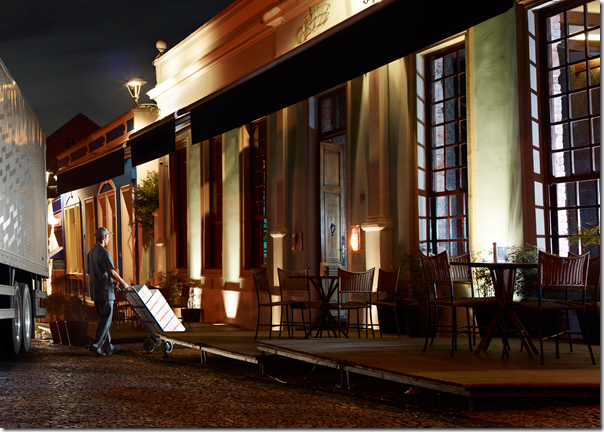 Volvo: They drive (and deliver) by night.

And now Volvo Trucks has announced that it will start selling electric trucks in Europe in 2019, and sales in the U.S. probably won’t be that far behind because according to Göran Nyberg, President of Volvo Trucks North America, “Electromobility is fully in line with Volvo Trucks’ long-term commitment to sustainable urban development and zero emissions,” said Göran Nyberg, President of Volvo Trucks North America. “By using electrically powered and quieter trucks for goods transport in urban areas, we meet several challenges simultaneously. Without disturbing noise and exhaust gases, it will be possible to operate in more sensitive city centers. Transport may also take place throughout less busy periods, for example in late evening and at night. This will reduce the burden on the roads during daytime rush-hour traffic, allowing both the road network and vehicles to be utilized far more effectively than today.”

Here's something to think about regarding using electric trucks during off-peak drive times in cities: Volvo points out that according to the World Health Organization and the United Nations, about 5-billion people—about 60 percent of the world’s population—will live in cities by 2030, which is an increase of 1-billion people.

Given that there isn’t a whole lot of new roads being built in already congested cities, using existing roads more efficiently can be highly beneficial.