Last week Nissan globally unveiled the all-new second-generation LEAF. Nissan has great plans—or hopes—for the electric vehicle (EV), as it will be producing them in three plants—U.S., U.K., Japan—by year’s end. The new LEAF, which will go on sale in the U.S. early next year, has a cruising range of 150 miles and a starting price of $29,990. 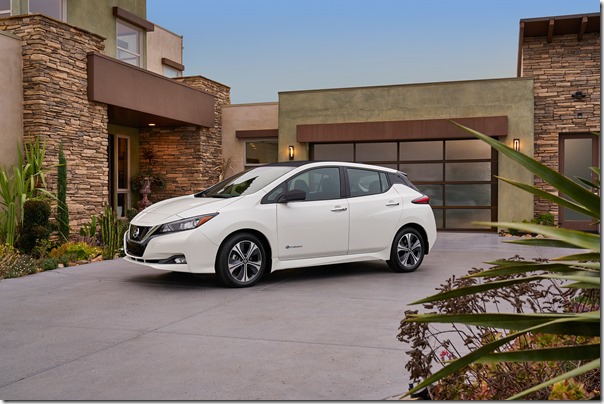 Also last week Chevrolet announced that the Chevy Bolt EV—and that “EV” is literally part of its name—is now available in all 50 U.S. states.

Some of you may find it surprising that a car from a brand like Chevrolet wouldn’t be available in all states—remember “Heartbeat of America,” which signifies all of it, not part of it”?—but there area such considerations as meeting air quality/sales volume regulations and strategic placements. 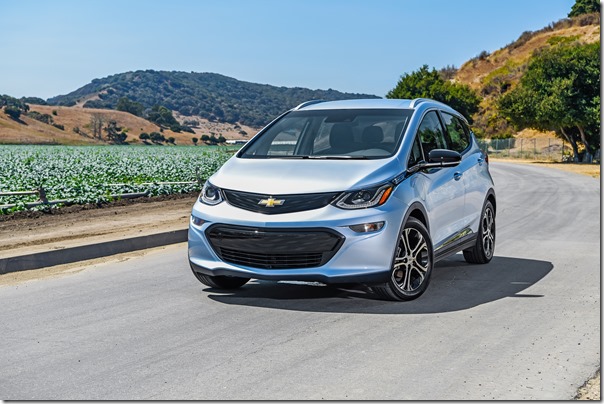 When the Bolt launched last year it was available only in California and Oregon. During the first quarter of 2017 Massachusetts, Maryland, Virginia, New York, and New Jersey were added to the mix.

Now the Bolt is available at dealers or can be ordered from dealers from sea to shining sea.

The LEAF and the Bolt are arguably close competitors. Yes, there is the Model 3 coming out at some point, but its volume build is going to be long in accumulating. From a practical standpoint, it is the Chevy or the Nissan.

While the Bolt has a higher starting price than the LEAF--$36,620—it also offers a greater range: 238 miles.

Without putting too fine a point on it, the sales of the Bolt have been remarkable in and of themselves and certainly compared with the LEAF.

From January through August, Nissan delivered 9,685 LEAFs. Remember: the LEAF has been available throughout the U.S. (Of course, also remember that those numbers are for a car that is nearing the end of its first-generation run.)

During the same period, in a truncated market space, Chevy delivered 11,670 Bolts.

To be sure, neither of those numbers is the stuff of “flying off the lot,” but directionally they indicate a growing interest in electric vehicles.

While that kind of comparison can’t be made for the Bolt because it wasn’t available for the first eight months of 2016, here is an indicator: In August 2,107 Bolts were delivered compared with 1,445 Chevy Volts. It appears as though the tech-savvy buyers are shifting their purchase to the full-EV.