The good news about downsized powertrains is that they can provide greatly improved fuel efficiency compared to larger engines. The not-so-good news for many drivers of cars with these smaller engines under the hood is that they can lack performance.

One of the means by which this performance deficit is addressed is through the deployment of turbochargers. But as those familiar with driving some turbocharged vehicles know, there can be an annoying turbo lag. 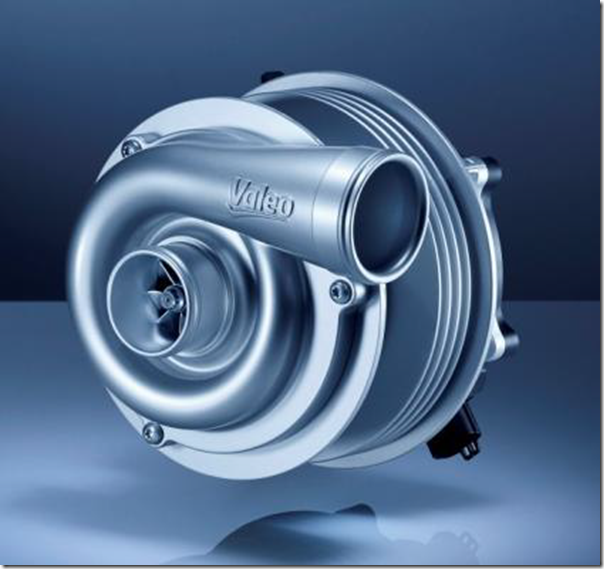 Vint thinks that the combination of the turbo and supercharger is a potent approach to powertrains that provide both performance and efficiency.

Although the electric supercharger can operate with either a 12- or 48-volt architecture, Vint sees that by going to the 48-volt system there can be manifold advantages realized. Valeo has developed a 48-volt belt-starter generator that not only permits conventional stop-start capability, but also coasting: hit highway speed, lift from the accelerator, and within a few seconds the engine will shut off but immediately restart when a pedal is engaged. In addition to which, it provides the means by which regenerative braking energy can be put to good use (e.g., operating the electric supercharger, for example), so there are improvements that can be gained in fuel efficiency and in CO2 reduction.

Vint talks about all of this and more on this edition of “Autoline After Hours” with John McElroy, Dave Zoia of WardsAuto and me.

After Vint leaves the set we are joined by David Welch of Bloomberg BusinessWeek and discuss a variety of subjects including Tesla’s new 100-kWh battery (order a P90D Ludicrous and get the energy pack for $10,000 more), the announcement from Delphi and Mobileye that they’re developing a packaged autonomous system for OEMs, the ascent of Hyundai and Kia, and much more.