The Honda Transmission Manufacturing of America plant in Russells Point, Ohio, which produces more than 850,000 transmissions per year, is the first automotive transmission manufacturing facility in the U.S. to earn the U.S. EPA’s ENERGY STAR certification.
#Honda #sustainability #oem

The Honda Transmission Manufacturing of America plant in Russells Point, Ohio, is 1.1-million square feet big. The plant produces more than 850,000 transmissions per year. In addition to which, the associates at the plant are also manufacturing gear sets, transfer cases and differentials for four-wheel drive vehicles.

All of which is to say that this is a serious production plant.

Honda announced today that the plant is the first automotive transmission manufacturing facility in the U.S. to earn the U.S. Environmental Protection Agency’s ENERGY STAR certification. 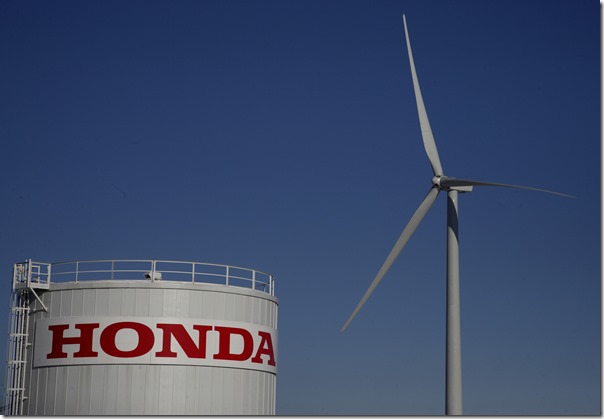 More than 10 percent of the power used on the site comes from two 1.7-MW turbines that are on the property. They’re using a scheduling and monitoring system that tracks the power use of lights, HVAC, compressed air valves, and chillers. And credit also goes to the associates at Russells Point, who are aware of the need to reduce waste in all forms, including energy waste.

Incidentally: the Honda of America Mfg. Anna Engine Plant in Anna, Ohio, received ENERGY STAR certification in 2018. . . as did the Honda assembly plants in Marysville and East Liberty, Ohio (13 years running for those two) and the assembly plant in Greensburg, Indiana (for its seventh year).

Seems like there are plenty of people at Honda of America Mfg. that are keen about energy stewardship.