Stephen Frey and his colleagues had a great opportunity—and challenge. They were given the challenge of developing the third-generation Acura RDX. What makes this somewhat different than, say, developing the second-generation RDX was that (1) it is the first vehicle that was meant to physically represent Acura’s Precision Crafted Performance brand values and (2) the RDX, which competes with the likes of the BMW X3, Audi Q5, and Mercedes GLC, has been doing exceedingly well in the market for the past several years, so they didn’t want to come up with something that might put off their customer base. 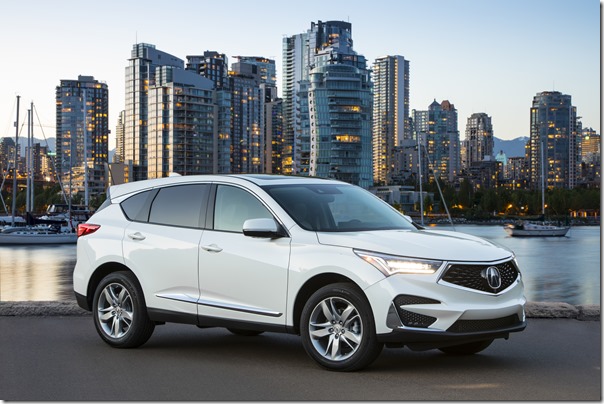 Frey is the chief engineer for the crossover. And on this edition of “Autoline After Hours” he talks with Autoline’s John McElroy, SAE Automotive Engineering editor-in-chief Lindsay Brooke, and me about the development of the vehicle.

One of the things that they paid particular attention to was providing structural soundness for the vehicle. Through the utilization of clever engineering and targeted materials usage (e.g., more than 50 percent of the structure is produced with high-strength steel) they’ve developed a unibody that is lighter—by 41 pounds compared with the last generation—yet which has a global rigidity increase on the order of 38 percent. Why is that important? Because if you’re going to create something that has solid fundamentals, then that makes the overall ride and handling that much better. 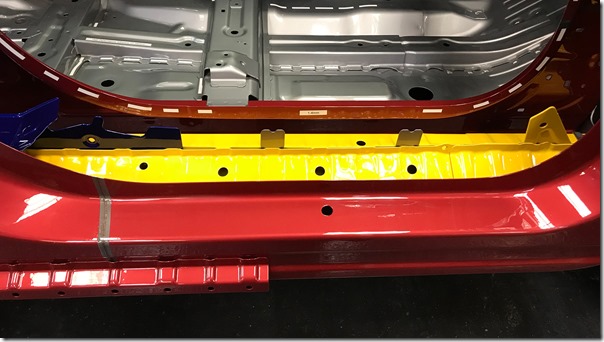 Shown here in red are the inner and outer portions of the two-piece door ring down at the rocker. The yellow component is there for additional crash energy management.

One of the things that they’ve done that provides structure and safety—the 2019 RDX received the TOP SAFETY PICK+ designation from the Insurance Institute for Highway Safety (IIHS)—is deploy what is said to be the world’s first ultra-high-strength steel (i.e., 1500 MPa) two-piece front door ring design (there is an inner and outer; the Acura MDX, the metaphoric big brother of the RDX, has a hot-stamped outer). 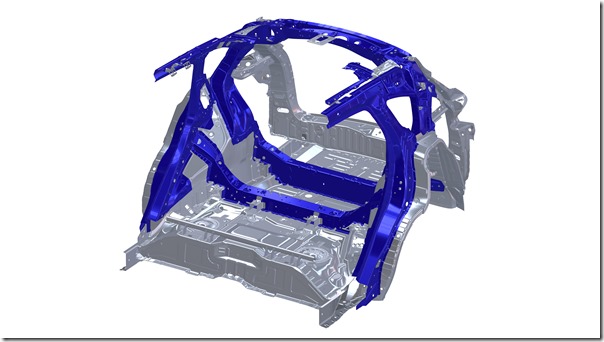 Shown in purple is the double-ring structural design at the rear of the vehicle. One ring uses the C-pillar, wheel arches and floor; the other is a pillar that is located above the dampers and connects the roof and floor area. This is done to enhance the structural rigidity of the vehicle. Know that there is a panoramic moon roof measuring 3.1 x 4.4 feet, so structural enhancements are key.

There is a new powertrain: a direct-injected 2.0-liter turbocharged four that produces 272 hp and 280 lb-ft of torque—with the peak torque being made available at from 1,600 rpm, which means that the driver has confident forward motion at comparatively low speeds (the peak torque runs up to 4,500 rpm). The engine is mated to a 10-speed automatic—and yes, there are paddles for those who wish to engage the gears themselves. 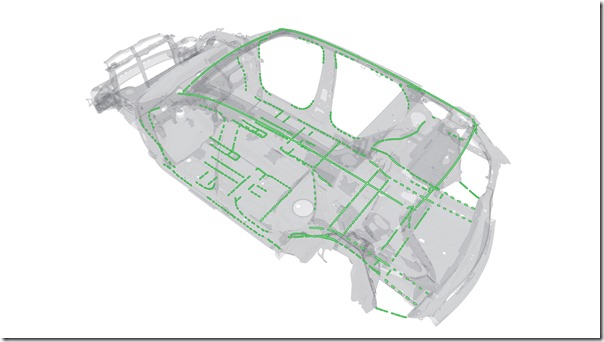 Shown in green are the 112 feet of structural adhesives that contribute 6 percent to the improvement in body rigidity for the RDX. This is Acura’s first use of the material.

And the new RDX also features the well-known Acura SH-AWD, a system that is capable of sending up to 70 percent of the engine torque to the rear wheels and 100 percent of that torque to either the left or right rear wheel as required by conditions.

There is a whole lot more about the engineering of this impressive vehicle that Frey goes into.