The Jeep Cherokee, which was launched in its current manifestation as a model year 2014 vehicle, and which has just undergone a major refresh for MY 2019, is nothing if not a solid success. For March 2018, for example, there were 23,764 Cherokees delivered in the U.S., which is a 63 percent increase over the previous March. And for the first three months of 2018, with U.S. sales of 50,610 units, there is an increase of 24 percent over last year’s number.

The most striking change to the vehicle is the all-new front fascia, which incorporates changes to the way the headlamps—LED across the lineup (Latitude, Latitude Plus, Limited, Overland, Trailhawk--, DRLs and fog lamps are integrated. Yes, it still has a seven-slot grille, but compared with the previous model, it appears more upright (arguably more Jeep-like). 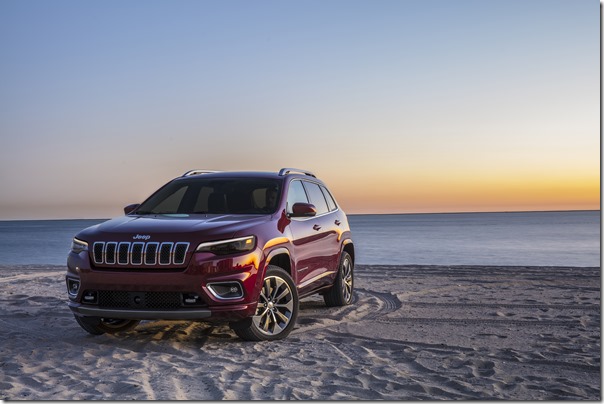 There is a new design around back, as well, although arguably the most significant change is that the liftgate is now made with a composite material so that it is light to lift (and is available on some models with hands-free functionality).

Under the hood—a lightweight aluminum hood, incidentally—there is an available 2.0-liter, direct-injection, turbocharged four that provides 270 hp and 295 lb-ft of torque. There are two other engines, as well, the standard 2.4-liter, 180-hp, 170 lb-ft of torque MultiAir2 Tigershark and the 3.2-liter Pentastar V6, which produces 271 hp and 239 lb-ft of torque. 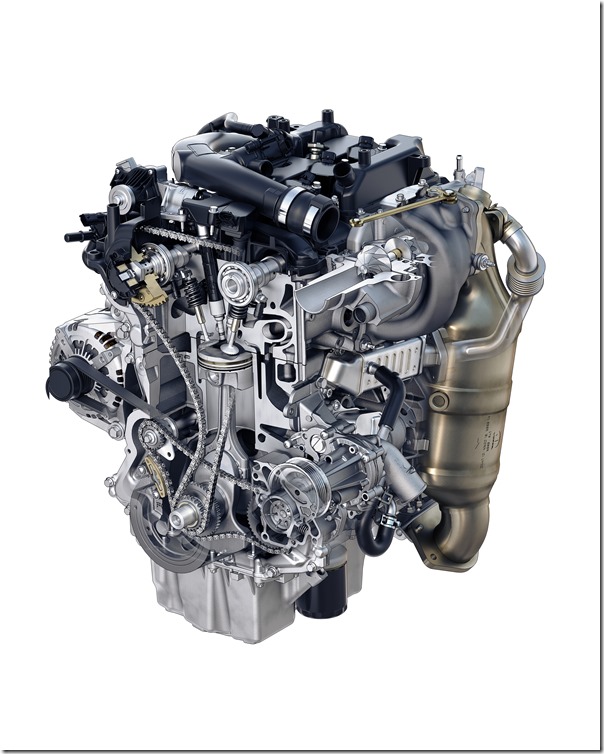 All of the engines are mated to a nine-speed TorqueFlite automatic transmission.

Because this is a Jeep, there are three four-wheel drive systems, including an all-new Jeep Active Drive I that features a lightweight rear drive module (as you might discern from the composite liftgate and aluminum hood, mass reduction was something the Jeep engineers were addressing for the 2019 Cherokee), as well as a Jeep Selec-Terrain traction control system that adjusts vehicle settings to accommodate prevailing conditions (e.g., snow, sand, mud, rock)—and there is a Sport setting to accommodate spirited driving. 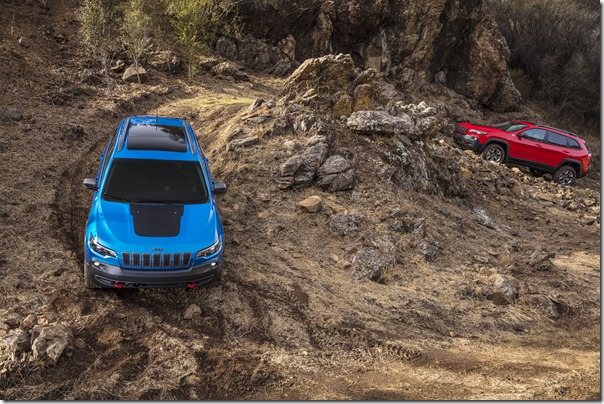 Trailhawk Can Handle the Tough Trails

All of this and more are discussed by Rich Silbert, Engineering Development Manager for the Cherokee, on this edition of “Autoline After Hours.” Joining “Autoline’s” John McElroy and me is Eric Lawrence, business reporter for the Detroit Free Press.

While it is generally thought that a “refresh” means a change to a vehicle here and there, as Silbert explains and details, inside, outside and underneath, Jeep engineers went at the Cherokee in order to provide customers more of what they’re looking for, whether they’re interested in fundamental Jeepness, or a more-luxurious Jeep execution (e.g., as in the extensive leather-wrapping in the interior of the Overland).

In addition to the Jeep, we discuss the change at the top of Volkwagen AG--Dr. Herbert Diess replacing Matthias Müller as Chairman of the Group’s Board of Management--, the new VW Jetta, the forthcoming global Ford Focus, the continued struggle of sedans in the U.S. market, the potential problem with the promised proliferation of electric vehicles (EVs), and a whole lot more.

Like what beverage once contained a key ingredient in many EV batteries (lithium)?