Autoline After Hours: The 2020 Cadillac XT6

Cadillac currently has three non-car vehicles in its lineup, the imposing and possibly venerable Escalade, the XT5, which started its existence as the SRX and is now crushing it in the market, and the most recent, the compact XT4, which is in a sweet spot for those looking to get into the premium portion of the market. 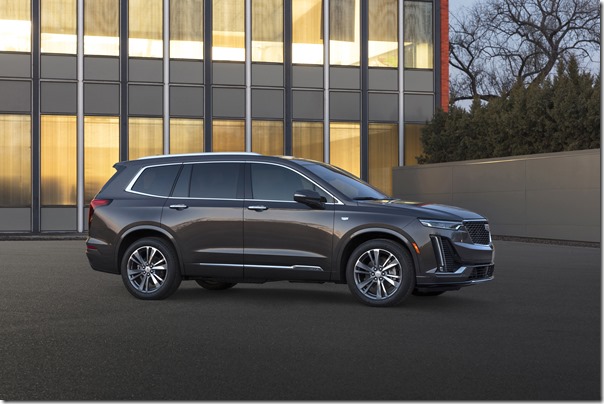 So it is not surprising that the latest vehicle to be joining the Cadillac lineup is the 2020 XT6, a three-row crossover that the vehicle’s chief engineer, John Plonka, describes as a “no-compromise vehicle.”

While the XT6 and the XT5 have the same wheel base of 112.7 inches (and are both built at the Spring Hill Assembly plant), the XT6 is longer 198.8 inches vs. 189.5 inches), wider (77.3 inches vs. 75 inches) and higher (68.9 inches vs. 66 inches), which results in a vehicle that has lots of interior space for people and things (Plonka emphasizes that one of the things they paid particular attention to was the third row seating, making it something that adults can actually fit in with comfort). 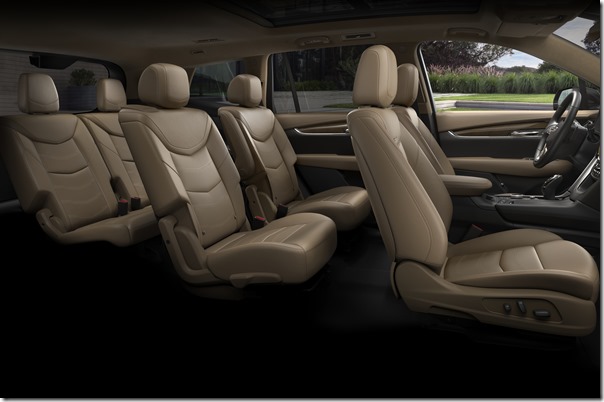 That said, Plonka also says that in engineering the XT6 they made sure that the ride, handling and performance are such that it doesn’t seem as though the driver is piloting a massive vehicle.

(The XT6 is powered by a 310-hp V6 mated to a nine-speed automatic. The vehicle offers continuous damping control with Sport mode, to smooth out the potholes. There is electric variable-effort power steering with active return assist, so the ability to maneuver is precise.)

Plonka talks all about the Cadillac XT6 on this edition of “Autoline After Hours” with Autoline’s John McElroy, Jeff Gilbert of WWJ NewsRadio 950 (he covers automotive for the all-news station) and me.

One of the places in the world where Cadillac is doing particularly well is China, and Plonka spent three years there and some of his learnings from that experience made its way into the XT6 (e.g., he points out that there are plenty of multigenerational families in China, so for a three-row vehicle it is mom and dad in the front seat, the kids in car seats in the second and the grandparents in the third, so that third row is exceedingly important).

As the show was live on Valentine’s Day, John, Jeff and I took time out to give some Valentine’s acknowledgment to people in the industry, ranging from UAW president Gary Jones to Elon Musk.

We also discuss the potential investment by General Motors into EV startup Rivian (since the show Amazon announced a $700-million investment in the company and GM may have made a move before you read this) as well as the number of disengagements reported to the California Department of Motor Vehicles by autonomous vehicles driven in the state during 2018 (“disengagement” meaning that the human driver had to take over from the autonomous system).