The 2017 Acura NSX is an engineering tour de force. 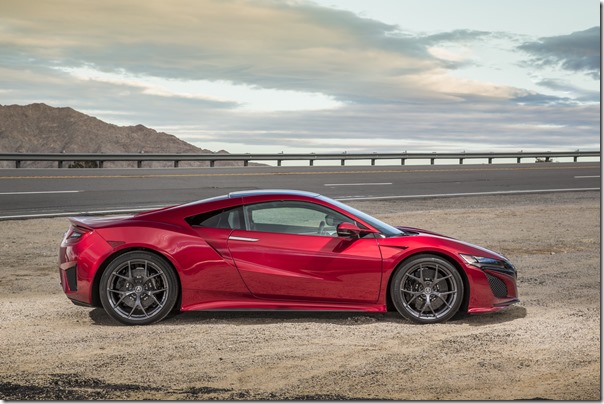 The vehicle is a hybrid, which consists of a twin-turbocharged V6 (500 hp @ 6,500-7,500 rpm) a nine-speed dual-clutch transmission; a 47 hp permanent-magnet. Water-cooled electric motor generator that is located between the engine and transmission and attached directly to the crankshaft that performs like a supercharger; and two 36-hp permanent magnet electric motor generators that are located in the front of the vehicle and independently drive the left and right front wheels.

Then there is the construction of the vehicle, which is based on a space frame. This space frame includes aluminum structures as well as steel, such as A-pillars that are made with ultra-high-strength steel (1,500 MPa), produced with a process called “3DQ,” for “three-dimensional bent and quenched; this is said to be the world’s first application of the process. There is another “world’s first,” the use of ablation casting for the production of aluminum frame nodes. 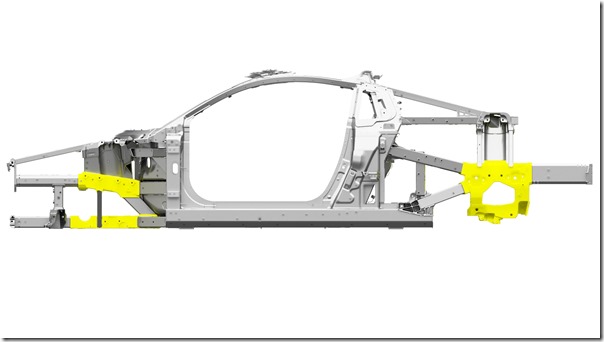 The body panels for the NSX are made of aluminum panels and SMC panels.

The body was designed taking into account what they call “total airflow management,” which channels airflow through and around the vehicle, to provide better aerodynamics for the vehicle while also serve to cool the engine and the three electric motors. 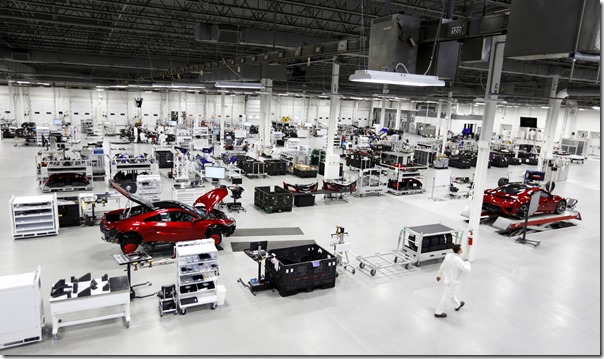 While this was a global project, with engineers working on the powertrain in Tochigi, Japan and initial design being performed in Wako, Japan, the design and development of the body, chassis, electrical and interior, as well as vehicle integration was done in Raymond, Ohio, and the finish design, interior and exterior, were performed at the Acura Design Studio in Los Angeles. The engine is being hand-assembled at the Honda engine plant in Anna, Ohio, and the vehicle is assembled at a purpose-built facility, the Performance Manufacturing Center, in Marysville, Ohio.

A deeper dive into the engineering of Acura’s supercar is provided by Ted Klaus, the executive engineer of the vehicle, on this edition of “Autoline After Hours.” 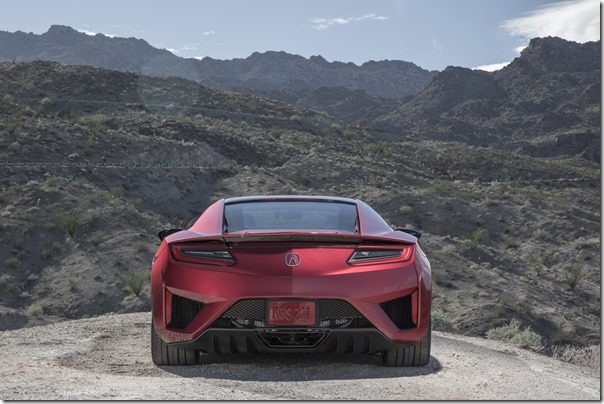 John McElroy and I are joined by Joe DeMatio of Road & Track on the show.

In addition to which, we discuss a number of topical topics, such as what Nissan might do to turn around Mitsubishi, the future of the internal combustion engine in Germany in light of a government resolution calling for the banning of them by 2030, and a whole lot more.