Faurecia has developed a concept for a crossover tailgate and roof that is not only composite-intensive, but it has a clever design that doesn’t use the conventional hinged design, but slides over the top of the vehicle. This results in a 9.8-inch reduction of the height of the hatch when opened, which means that lower roofs aren’t a problem (say in a small garage or parking structure) and there is 7 inches of additional space behind the vehicle because the roof moves up and over, not out and up. 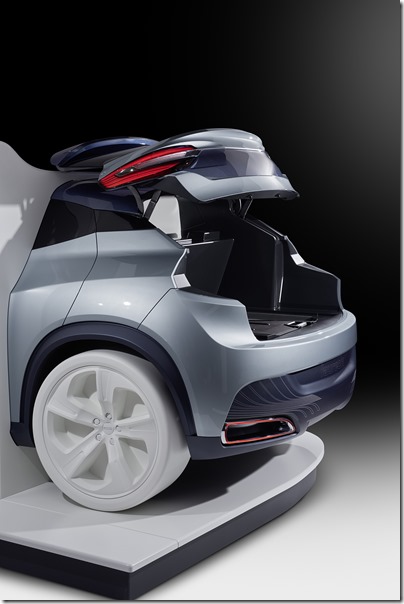 The backlight is polycarbonate rather than glass.

The roof of the Urban Liftgate vehicle is produced with a flax-resin composite material. Flax, which is grown, not manufactured, is not only natural, but it is also much less costly than carbon fiber.

The surfaces below the rear glass has interesting surface treatments. Just below and around the rear ducts there is a spray metallization in place of chrome: first a primer is applied, then a two-part liquid that react to produce a thin, mirror-like finish. That surface is then coated. The process is said to be 5 to 20% less expensive than chrome electroplating, and weighs from 10 to 20% less. 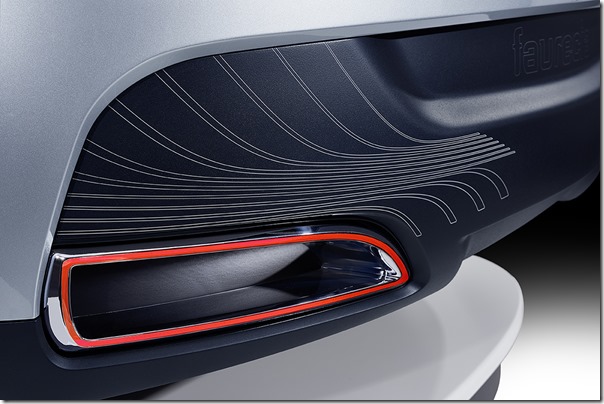 On the lower fascia, they’re using a painting technique (that was actually used on the 2015 Peugeot 208) that uses microbeads in the varnish coat resulting in a granulated effect.