FCA Opens the Door to The Future

FCA introduced a high-tech concept vehicle today, the Chrysler Portal, at the event previously known as the “Consumer Electronics Show,” now simply CES. The Portal concept is the FCA future vision of a vehicle that combines semi-autonomy (for now; it is engineered so that it can evolve with the technology) and electricity (with the electricity, of course, not simply being used as a means by which to power the sensors and the processors to permit the autonomy, but to drive the wheels of this minivan-like (it has sliding doors and if there is one feature that is considered to be characteristic of a minivan, it is the slider in the body side for easy ingress and egress) vehicle). 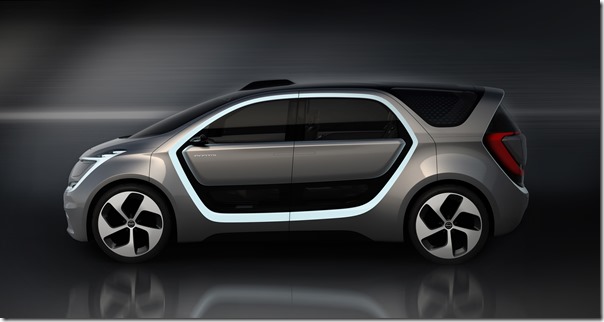 In fact, according to Matt Dunford, who worked on the exterior design for the Portal, “The distinctive design started with the shape of the side doors.”

We’ll let that one sink in for a minute.

“Here, the doors are the theme,” he added. 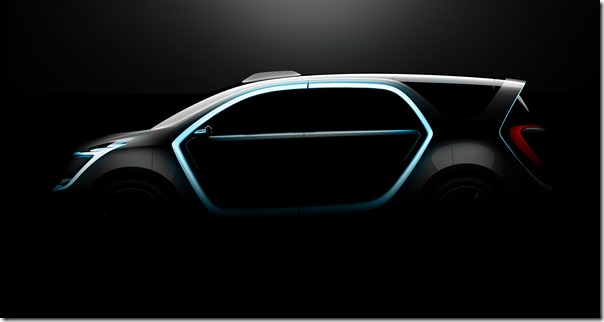 When did you ever hear an automotive exterior designer say that the shape of the doors helped drive the design—no, are fundamental to the overall design of the car?

But the Portal is different. The company is emphasizing that this is a vehicle developed by Millennials for Millennials. 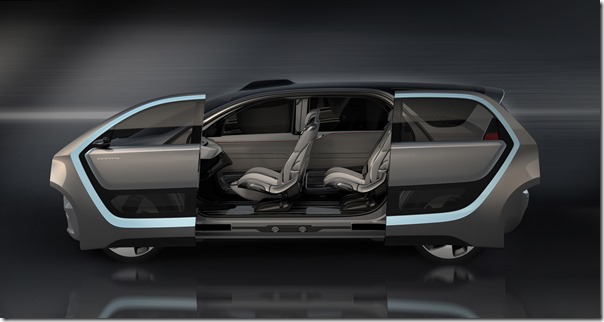 Ashley Edgar, who worked on the engineering for the vehicle, points out that her generation, which is becoming an increasingly important segment of the automotive market, is one that will, yes, be having babies and starting businesses and will be needing to carry family and friends and stuff.

So yes, one could argue, that the Portal is a minivan-like vehicle, one configured to carry six people in seats that move along the flat floor on rails, seats that are slim and hammock-like in configuration.

But this is a vehicle with a number of differences. While not a fully autonomous vehicle, it does have autonomous capabilities. Cindy Juette, who worked on the interior design (“Instead of looking at this as a car interior, we wanted to design a ‘third place,’ a beautiful place to be”) notes that there is a “steering wheel,” but this control device is more of a melding of the steering wheel of an F1 car and a business jet yoke. When the car does go into autonomous mode, it retracts into the instrument panel, and instrument panel that is dominated by a large screen with carefully curated information for the driver and the passengers (there is a high level of sharing in this Millennial automotive future; Emilio Feliciano, user experience designer, describes the Portal as “a next-generation vehicle that serves as a hub for your life”--and he means a digital hub, as well as one where family members congregate to go from point A to point B). As mentioned, this is an all-electric vehicle, with a single electric motor, powered by a ~100 kWh lithium ion battery pack (cleverly engineered into the floor to enhance structural rigidity of a vehicle that (1) has no conventional B-pillars and (2) has a full-length polycarbonate roof), that drives the front wheels. It will have an estimated range of 250 miles on a single charge. With DC fast charging at 350-kW, the battery pack can be recharged for 150 miles of range within 20 minutes.

Yes, this is a concept and not a production-intent vehicle, as many concepts have become. But that said, it is clear that the people at FCA—Boomers, Xers and Millennials alike—recognize that there are technological and demographic shifts occurring in a way that the industry has never had to grapple with before.

And the Portal is at the very least a fairly realistic execution of what could be in Chrysler dealerships somewhat sooner than later.