Although “Detroit” is synonymous with “automotive production,” the only major OEM that actually manufactures vehicles within the city limits is Fiat Chrysler Automobiles, as it runs the Jefferson North Assembly plant in Detroit, where the Jeep Grand Cherokee and the Dodge Durango are built. 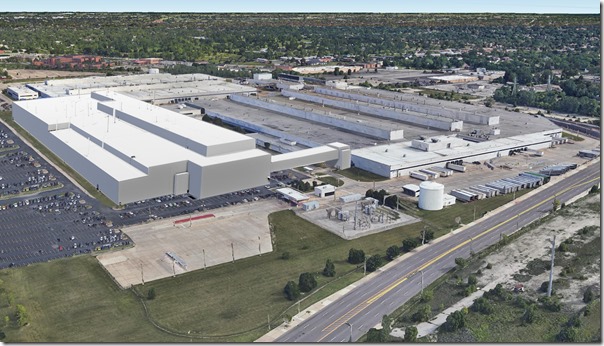 In addition to which, FCA has the Mack Avenue Engine Complex in the D, where there are three variants of the Pentastar V6 produced—3.0-, 3.2- and 3.6-liter engines.

Today FCA announced that it is planning to transform Mack Avenue into an assembly complex (there are two factories on the site, Mack 1 and Mack II, with the latter having been closed in 2012)—and will be spending $1.6-billion to do so.

When the plant is up and running by the end of 2020 it will be producing an all-new three-row, full-size Jeep. There will be a plug-in hybrid version. In 2021 the assembly complex will add a new Grand Cherokee to its output.

The Pentastars being made at Mack? They’ll be shifted to the Dundee Engine Plant in Dundee, Michigan, some 55 miles south west of the Mack plant. FCA will invest $119-million at that engine plant to accommodate the additional engines.

Also, FCA will invest $900-million at Jefferson North to retool the plant for the Dodge Durango and the next Jeep Grand Cherokee.

In addition to which, there are the Sterling Stamping and Warren Stamping plants in Sterling Heights and Warren, Michigan, respectively, two municipalities nearby Detroit (Warren shares a border: 8 Mile). There is $400-million of investment planned for those two facilities.

And the Warren Truck plant, which has been undergoing preparation for the Jeep Wagoneer and the Grand Wagoneer since a 2017 announcement, is getting additional investment, bringing the total to $1.5-billion.

Not only will the Mack facility be producing hybrid versions of the vehicles, so, too, will Jefferson North and Warren Truck. What’s more, the facilities will have the capability to build battery electric versions should it be necessary.

All of which is going to have positive impact on people.

The Mack Avenue transformation will result in the creation of 3,850 new jobs.

At Jefferson North there will be 1,100 new jobs.

Incidentally: the last time an auto assembly plant was built in Detroit was in 1992. (Yes, Jefferson North.)