Fear of (Not) Driving Persists

When asked what they’d do while in a self-driving vehicle, according to Morning Consult research, 57 percent are very or somewhat likely to “Do nothing but operate the vehicle” and 59 percent say “Eat.”

According to the Chapman University Survey of American Fears for 2017 the top 10 things that are most disturbing are:

Which is certainly a wide range of things that worry people. (I always thought it was public speaking.)

Presumably for 2018, “Being a passenger in an autonomous vehicle” is going to make the list. (Oddly enough, of the top 80 things that are scary, the only automotive-specific item is down at 28, “Being hit by a drunk driver,” which is bracketed by “The collapse of the electrical grid” and “The Affordable Care Act/Obamacare.”)

We’ve seen from AAA and Reuters/Ipsos—surveys that both cast a wide net—that well over half of Americans are afraid of riding in an autonomous vehicle. 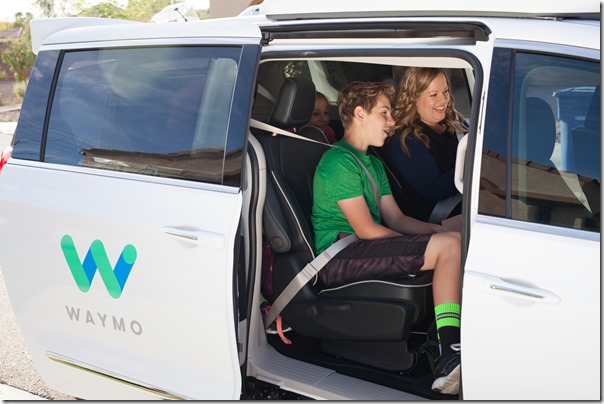 They look happy, not afraid.

One of the arguments that some supporters of autonomous vehicles proffer is that people will become more productive because they won’t be stuck in traffic and so they’ll be able to use the extra time working.

When asked what they’d do while in a self-driving vehicle, according to the Morning Consult research, 57 percent are very or somewhat likely to “Do nothing but operate the vehicle” and 59 percent say “Eat.”

So much for the productivity.

I wonder how well autonomous vehicles do at drive-thrus?