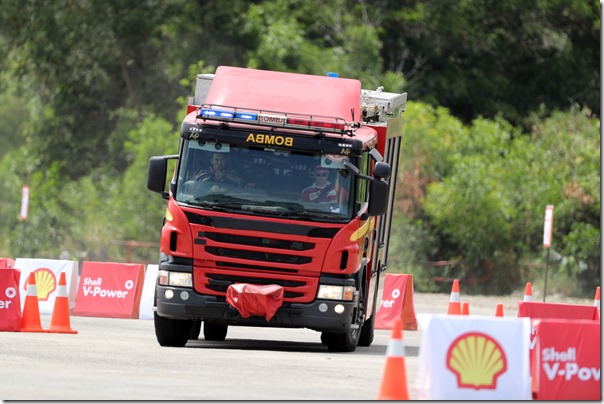 What’s notable about this particular picture is who is behind the wheel of that rescue vehicle: Ferrari Formula One driver Kimi Räikkönen.

Räikkönen was in Malaysia last week for the Grand Prix. 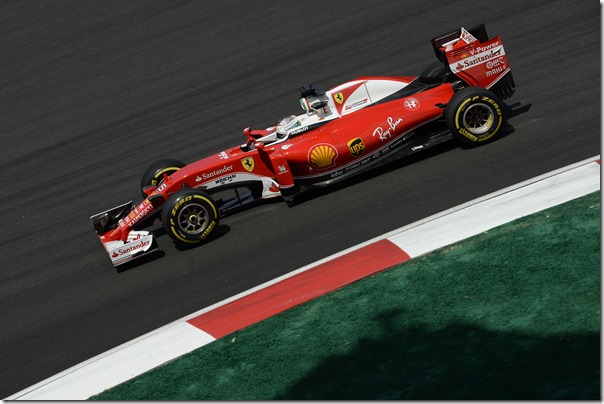 Shell, a sponsor of Scuderia Ferrari, had him perform a job swap with the usual driver of the truck, Mohd Uzair bin Abdullah, who, in turn, got a chance to have hot laps in a Ferrari California T.

Said Räikkönen: “The fire truck is such a different vehicle to my Ferrari car, and it was a new experience to drive it. I take my hat off to firefighting experts like Uzair whose job is to protect us all.”

And we all ought to show respect to fire fighters, especially those drivers who have to maneuver through traffic in a way that would even undoubtedly challenge the skills of a Räikkönen.