Ford announced today that although it had planned, starting in 2010, that it would reduce CO2 emissions 30 percent per vehicle produced by 2025, it has achieved that goal eight years early, an impressive accomplishment.

They’ve’ done this in their manufacturing operations in a variety of ways, including:

· Using minimum quality lubrication (MQL) in machining, which means using a tiny amount of lubrication in place of flooding the cutting operation with cutting fluid and water

All in, from 2010 to 2017 they’ve reduced global manufacturing CO2 emissions by more than 3.4-million metric tons. 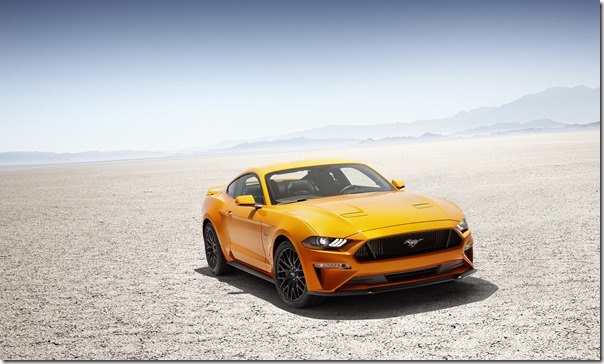 The Mustang, built at a plant in Flat Rock, Michigan, undergoes a three-wet painting process that provides a fine finish and requires less energy than traditional painting does.

Here’s something that is rather interesting about that number: According to Ford, those 3.4-million metric tons—and remember, there was a whole lot of work done on a global basis to accomplish that reduction—are “equivalent to greenhouse gas emissions from more than 728,000 passenger vehicles driven for one year.”

Achieving reductions is not in the least bit easy, and Ford deserves credit for this accomplishment.