Ford has added more cameras to the 2017 F-Series Super Duty than any other vehicle in its lineup: seven. 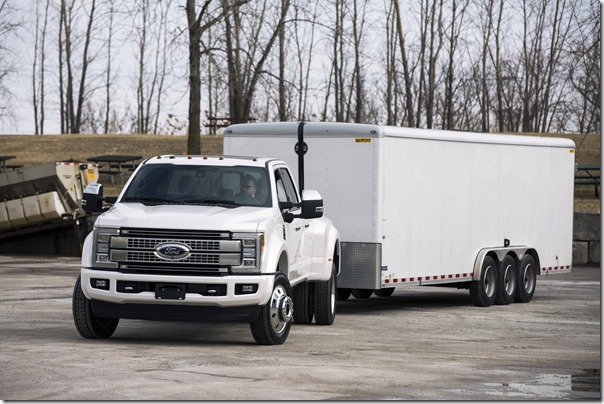 Three of these cameras are used for the Trailer Reverse Guidance system that’s available, which provides the driver with a real-time image on the screen in the center stack that provides assistance via color coding (i.e., yellow or red means that the trailer angle is too tight) and a birds-eye view of the trailer position.

Three of the seven cameras are used for that system. 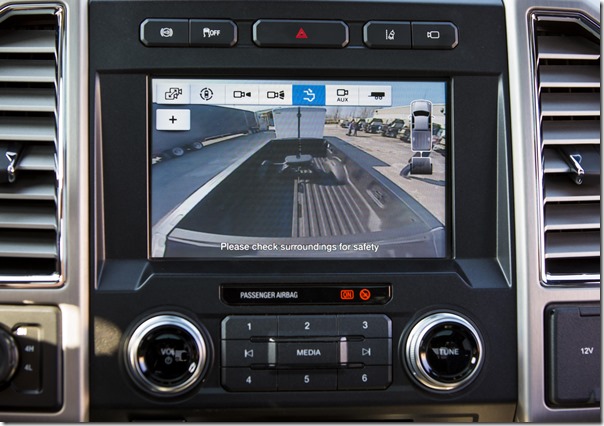 The other four are to (1) see behind the trailer, (2) see inside the cargo box (which also helps when working with a gooseneck or fifth wheel back there), (3) see directly in front of the truck, and (4) for lane departure warning.

Ford is also offering a customer-placed camera that can be attached to the back of a trailer to provide additional backup visibility. 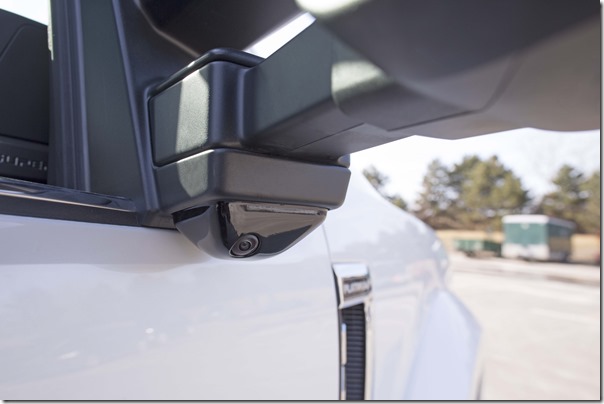 This deployment of sensors on the truck is a clear indicator of how vehicles of all types are benefitting from technologies that were essentially unthinkable just a few years ago.