Ford’s announcement last week in Silicon Valley came as something of a surprise.

That is, GM put itself in a strong position vis-à-vis autonomous ride-sharing capabilities with its purchase of Cruise Automation that is valued on the order of $1-billion and its $500-million investment in Lyft.

Toyota invested $1-billion in the Toyota Research Institute that is dedicated to develop automated driving. It has also entered into an arrangement with Uber, of an undisclosed investment variety.

Then there’s Volvo Cars and Uber, who announced a joint project to develop base vehicles (based on an existing Volvo architecture) that will be used by both companies to develop their own autonomous driving vehicles. The two companies are investing a combined $300-million to the project. 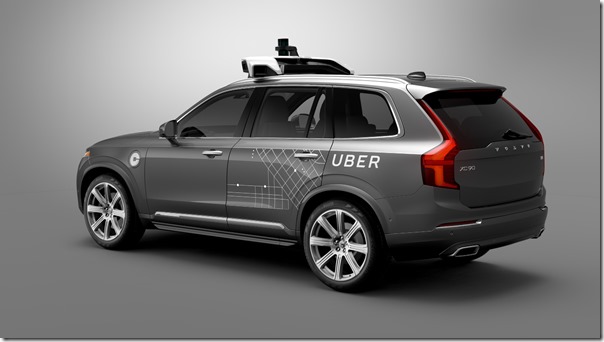 Heck, even FCA announced that Google is going to be getting 100 Pacifica minivans for its autonomous driving fleet.

But Ford has been comparatively silent—working it, but not visibly to the extent as the others—until last Tuesday in Palo Alto, when Mark Fields, Ford president and CEO, announced that the company would be coming out with a high-volume, fully autonomous, SAE level-four capable vehicle by 2021.

Fields and his colleagues at Ford recognize that, as he put it, that autonomous vehicles will be “changing the way the world moves.” He likened it to the transformation that Henry Ford initiated when he effectively put the world on wheels. 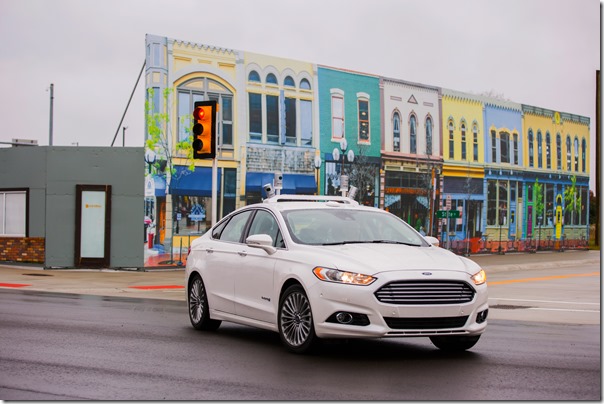 Fields: “The next decade will be defined by automation of the automobile, and we see autonomous vehicles as having as significant an impact on society as Ford’s moving assembly line did 100 years ago.”

The autonomous vehicles that Ford will be rolling out are going to be used for ride-hailing applications (e.g., Lyft and Uber) and within geo-fenced areas (presumably areas that are things like gated communities).

But know that this isn’t going to be a handful of autonomous vehicles, just enough to say, “Hey, we’re in the game, too!”

Raj Nair, Ford executive vice president, Global Product Development, and chief technical officer, said that Ford, with its resources and technologies and engineering chops has “what it takes to make autonomous vehicles a reality for millions of people around the world.”

Ford is doubling its footprint in Silicon Valley. It is adding staff there in a significant way. 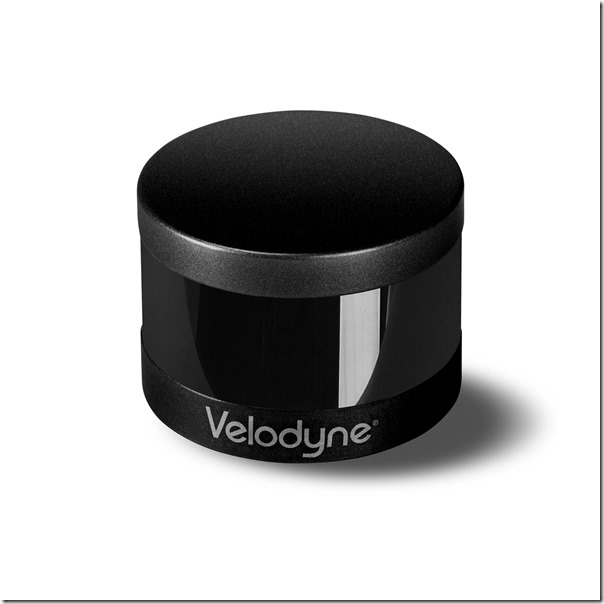 And it, too, is making acquisitions and investments that will drive autonomy forward:

It announced a $75-million investment in Velodyne, the LiDAR sensor developer.

It acquired a company in Israel, SAIPS, a developer of computer vision and machine learning systems.

It established an exclusive licensing agreement with Nirenberg Neuroscience, a machine vision company.

It invested in Civil Maps, a company developing 3D mapping.

While it may be that Ford’s announcement may have come as a surprise, the real surprise going forward will be if an array of companies—even those like Apple that aren’t yet in the mobility arena—don’t make similar ones.