Ford and Yakima: What This Means

Today the company announced that for the 2020 Explorer it will be offering—in its dealerships—accessories from Yakima, including carriers for bikes, kayaks, paddleboards, snowboards, and cargo, as well as awnings that are fastened to the roof rail.

Notably, not only is this gear available in the showrooms, but (1) it can be added to the vehicle’s finance plan and (2) Ford Credit has announced that the added accessories will be taken into account in terms of the value of the vehicle if it is sold back to the dealership at some point in the future. Obviously, neither of those things are the case if the transaction is done at, say, an REI. 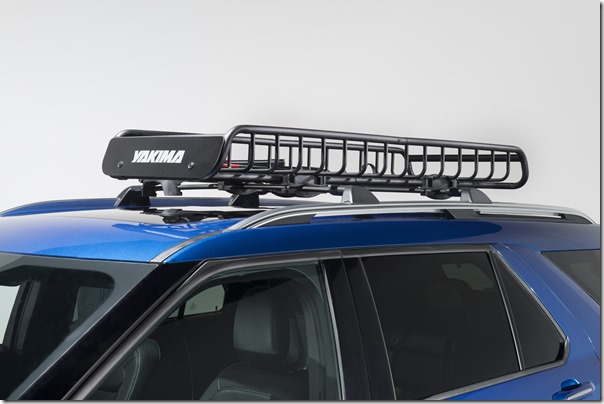 This is the second vehicle that Ford is offering the Yakima for, with the recently launched Ranger midsize pickup being the first. And the company will be adding the F-150 and the Super Duty trucks to the list. And it is hard to believe that when the Bronco comes out there won’t be a suite of heavy-duty equipment on offer for it, as well.

To be sure, OEMs have long offered non-branded, internally sourced or private-labeled racks and equipment for their vehicles. But let’s face it: Companies like Yakima, which specialize in things like racks, have superior design and engineering chops when it comes to the products that they base their business on. Yakima has cred in this space, and so it works to the advantage of it, Ford and the customers. Clearly, a good thing.

What’s more, although much is made of OEMs working with non-traditional suppliers like Google and Apple for electronics, it is worth taking into account that things like this arrangement with Yakima has arguably even more benefit to customers who are using their vehicles as a means to an end, in this case getting outside and doing some adventuring while they’re there.

Presumably, some non-trivial subset of the buyers of the 2020 Explorer are the types of people who get out there. By leveraging the brand ID of Yakima, this can’t help but make the vehicle more appealing to them.

*And who can forget the Bill Blass and Cartier versions of the Lincoln Continental back in the late 20th century?