The last Ford Taurus was built Friday, March 1, at the Chicago Assembly Plant. The sedan had been built in the plant for over 34 years of (nearly) continuous production. The car had also been built (model years 1986 to 2007) at the Ford Atlanta Assembly Plant, which closed in 2006 and has been razed by a developer for things of a less-productive nature. 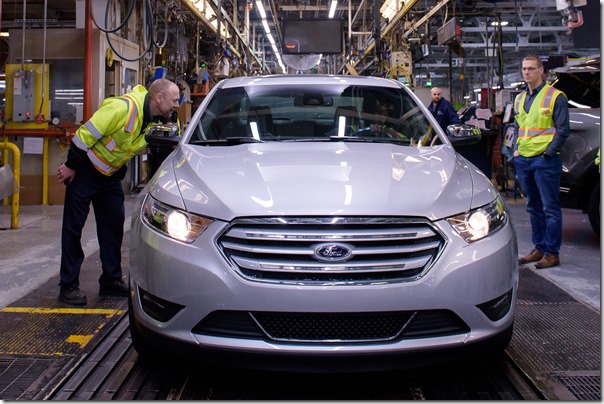 The end of the Taurus in Chicago won’t have such dire consequences for the factory. In fact, last month the company announced it is investing $1-billion in the Chicago Assembly and adjacent Chicago Stamping plants to expand the capacity of Ford Explorer production, as well as the Police Interceptor Utility and the Lincoln Aviator. 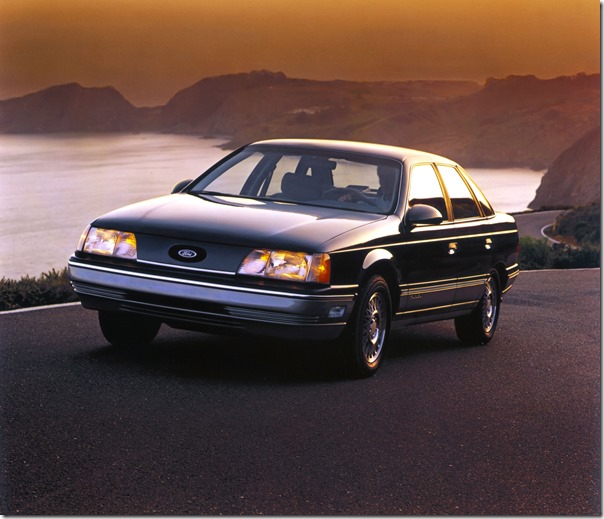 It is hard to over estimate the importance of the original Ford Taurus, a car that was introduced as a 1986 model when it was unveiled at the 1985 Los Angeles Auto Show.

Today it is difficult to look at that original Taurus and see it as a sedan with an absolutely revolutionary design—something that was unthinkable for the period (e.g., “Where’s the grille?”)—the Taurus gained traction in the market in a way that left its competitors trying to play catch-up.

Today when you think of sedans, it is probably a Camry or an Accord, given the regularly massive sales numbers those two vehicles (or the Corolla and Civic) rack up.

Yet in 1992 the Taurus was the best-selling car.

In its run, more than eight million Tauruses were built in Chicago.

When introduced at the 1985 Los Angeles Auto Show, Taurus represented the latest in Ford engineering and design, developed to meet shifting consumer needs. Its sleek looks were a departure from the boxy sedan shapes of the time, setting a new bar in passenger cars. Its 140-horsepower 3.0-liter V6 engine featured multi-port fuel injection.

Taurus continued to evolve with the addition of the SHO model in 1989, which came equipped with a 220-horsepower high-performance V6.

But things change with time.

About that “(nearly) continuous production.” Taurus production ended in Chicago in 2004 and in Atlanta in 2006. The sedan that Ford replaced the Taurus with was the Five Hundred. And it added the Fusion to the lineup. And there was the station-wagon-like Freestyle. (Some people explained the naming methodology as using an initial “F” for Ford products.)

Alan Mullaly came to Dearborn in late 2006 and asked the obvious question, which was, in effect, “The Taurus was the vehicle that helped put Ford in a solid space; it was a well-recognized nameplate, and while it may not have been as innovative over the years as it started out as being, why not use the name to advantage?”

But now the Taurus is done.