Although computational fluid dynamics (CFD) and other digital tools are extensively used by Ford (as well as all other major—and minor—vehicle developers), at the end of the day, cars and trucks exist in the real world.

Consequently, development calls for vehicles-in-becoming to be tested and analyzed in the real world, as well as the digital.

To that end, Ford is undertaking the construction of a new wind tunnel complex in Allen Park, Michigan (which is essentially next door to its Dearborn campus) on 13 acres adjacent to its Driveability Test Facility. 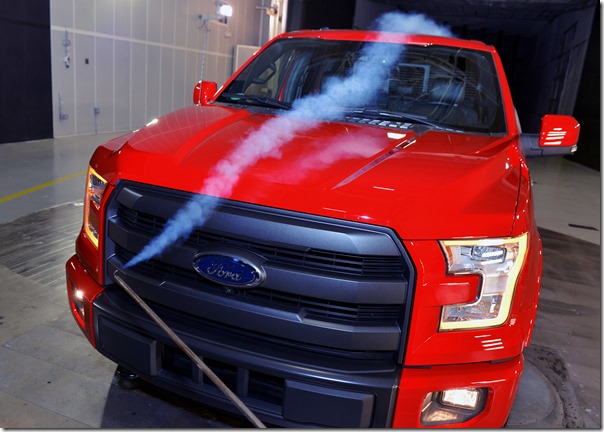 The company is investing a non-trivial $200-million in the wind tunnel.

The wind tunnel, which will be able to provide wind speeds up to 200 mph, will feature a five-belt conveyor system. In this setup there is a conveyor belt for each of a car’s—or truck’s, as the tunnel will be capable of handling a Super Duty—wheel, as well as a belt under the entire vehicle, thereby helping provide conditions that simulate real-world drag.

The system can also operate with just a single belt—at speeds up to 200 mph.

Which means, of course, that Ford will also be deploying the new wind tunnel for development of racing vehicles.

The complex will also include an environmental chamber, which will provide the means to bring vehicles to minus 40 F to plus 140 F. After all, those temps are part of the real world that Ford cars and trucks have to deal with on a daily basis (assuming, of course, that those vehicles are in places like the Arctic and the Sahara).