The World Trade Center Transportation Hub was developed by the Port Authority of New York and New Jersey as a massive complex for trains and subways going in and out of New York. The facility, designed by Spanish architect and engineer Santiago Calatrava, was opened in March 2016, with the PATH station that had been opened in 1971 being destroyed on September 11, 2001.

It is important space in New York.

The current facility is vibrant with people bustling to get from point A to point B, as well as with tourists to the area.

As is the case with less notable subway stations and train stations, there is an abundance of shops associated with the facility, in this case the Westfield World Trade Center mall, the largest mall in Manhattan, where you can find an array of the types of vendors that are common to upscale malls, from Apple to Victoria’s Secret, and an array in between.

And one of the things that is in the facility is something that exists nowhere else in the world. The FordHub. 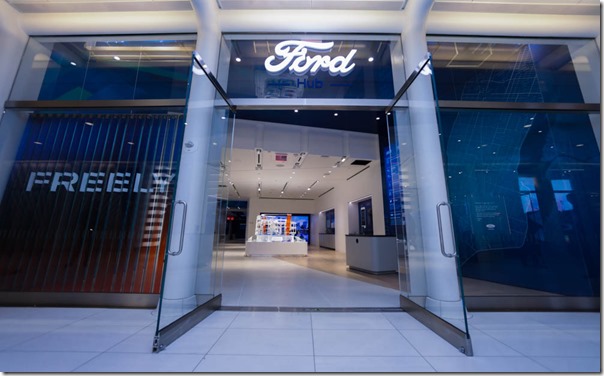 But Elena Ford, Ford vice president, Global Dealer and Consumer Experience, notes that there is no Ford dealership in Manhattan, and this is no exception.

The FordHub has the globally familiar Ford script logo on the outside. But there isn’t a single Ford model on the inside. This is not a dealership-in-a-shopping mall.

As Elena Ford explains, it is “an experience studio,” with the experience being predicated on not only showing, but interactively demonstrating that Ford isn’t just a company that sells cars and trucks, but that it is a company that is working toward developing a mobility ecosystem, be it e-bikes or transport services or Carr-E (think of it as something like a Roomba on steroids that a person can ride on or use to carry groceries) or autonomous vehicles. 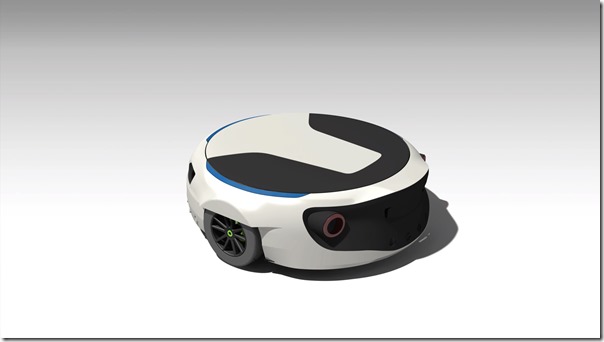 There is a section where people can experience virtual reality. A 25-foot long high-definition screen with a highly detailed rendering of what they perceive could be the “City of Tomorrow” (including what Ms. Ford describes as “snack”-like bits of information about the developments that they foresee, be it self-repairing road surfaces or a hyperloop-style transport device). And a mobility map that provides a dashboard of information about the various modes of transport and timing in and out of the PATH terminal. 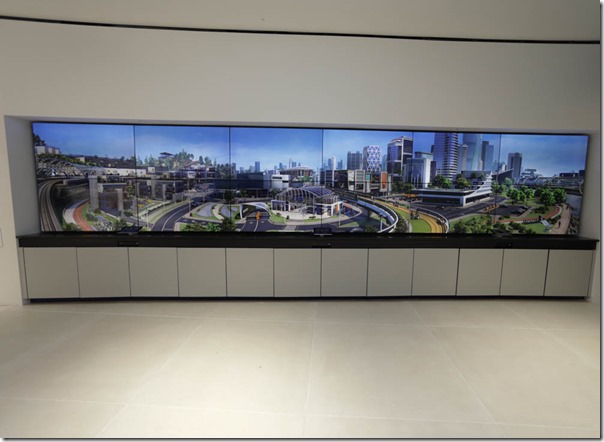 An interactive map of Tomorrow

And one of the most appealing sections for young and old alike, they’ve discovered, is a wall of 5,000 Ford die-cast miniature model vehicles (i.e., Matchbox cars or Dinky Toys). These vehicles were not randomly found but actually curated. They discovered that visitors look for models from their own past and that children are completely fascinated by the array of vehicles that have sweeping backlighting illuminating the specialness of the cars and trucks. 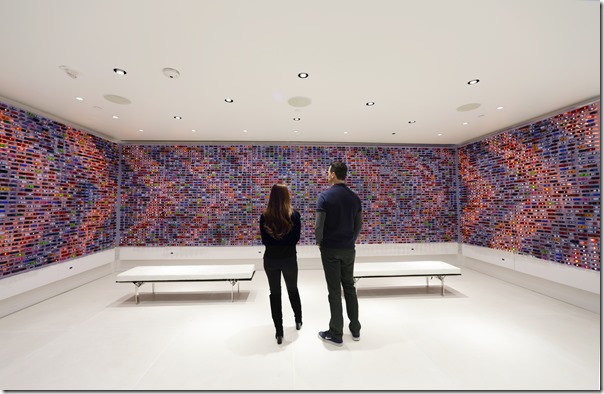 Ms. Ford says that they’re not selling cars or trucks at the FordHub. That is not the point. Yes, she says, there are people who come in and are interested in buying a Ford vehicle and the FordGuides on hand make sure that the information is routed to the appropriate dealerships. What they are doing, she says, is helping people realize that there are changes aborning in transportation, and working to make it clear that Ford will be as much a part of that future transportation model as it was in creating much of what the world has come to take for granted since her great-great grandfather put the world on wheels.

The FordHub has been open since January. Ms. Ford says they had anticipated getting about 300 people coming in per day. They’ve had about 600.