Although virtual development tools are being used more and more, there are still some things that are done in the real world. Like driving up the Davis Dam on the Colorado River between Arizona and Nevada. As Jim Sumner, Ford product development engineer, puts it, “Any test engineer in North America knows about Davis Dam. It’s a demanding hill going from sea level to more than 3,000 feet in 11.2 miles, and is an ideal location to test towing capability.”

And there’s Townes Pass in Death Valley. It is approximately 16 miles long and has an average grade of 5.1 percent and a maximum grade of 10.1 percent. 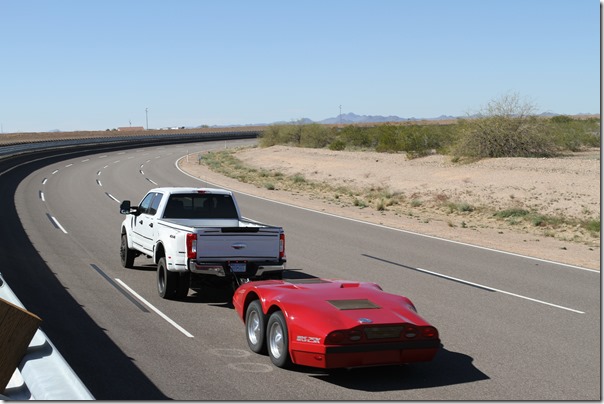 To facilitate testing for the new Ford F-Series Super Duty, a new dynamometer sled was developed to be towed behind the truck. This dyno uses an electric brake limiter that pulls against the truck. These sleds are nothing new per se, but whereas the previous version has a maximum drawbar pull of 2,000 pounds, the new one’s is increased by 181 percent, to 5,620 pounds.

What this means is that while the previous sled could simulate a 7 percent grade, the new one simulates a 30 percent grade.

And what that means is that instead of having to take a road trip from the Ford Arizona Proving Grounds in Wittmann, Arizona, to, say, Davis Dam, engineers can load a program into the system with the dam’s parameters and even though they may be driving on a flat surface, the dyno sled will pull against the vehicle just as though gravity is doing the job. 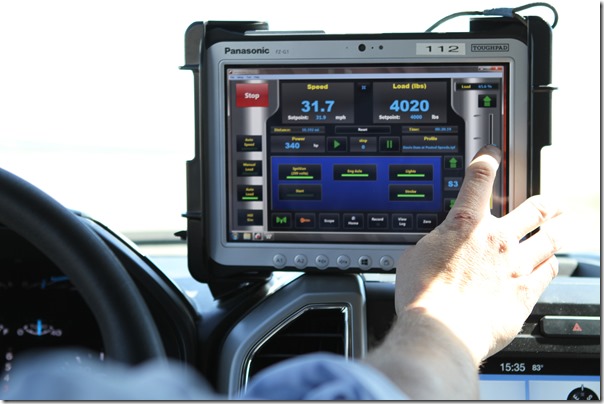 While it is still testing in the real world, it is a heck of a lot closer to base than would otherwise be the case.