“The first half for Ford Brand SUV’s was a record. We’ve never sold more SUV’s in the first half of a year in our company history.” That’s Erich Merkle, Ford sales analyst.

Merkle also observed, “Ford is the number-one selling brand of truck in America and in continues to extend that lead this year. We sold over a half-million Ford brand trucks throughout the country, that’s a 13% gain. The real driver behind that, especially in June was F-Series, ‘cause F-Series was up 29% and it’s really driven by F-150 performance which was up 40%.” 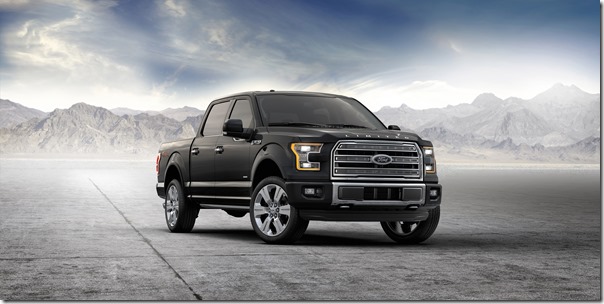 Ford is quite clearly becoming something of a truck company. Its overall car sales were down 12.1% in June and are down 8.9% for the first half of the year.

You can look at a small car like the Fiesta, which was down 49% in June and is down 28% for the year. Arguably, perhaps, cheap gas prices are taking their toll on small cars.

And even the pony car par-excellence the Mustang was down 16.6% for June and is off 7.8% for the year. (For those who are interested in these sorts of things, know that in the Mustang vs. Camaro sales contest, through June there have been 62,965 Mustangs sold and 36,834 Camaros. Chances are Camaro isn’t going to win that race.)

Then there is Lincoln. Which is moving in the right direction. While Ford car sales are down, Lincoln car sales are actually up by 3.4% for June (though down 5% for the first half). The June number is all the more impressive because it is all on the back of the MKZ, which was up 8.5%, because the only other car is the MKS, which was down 21.3%.

And in the crossover category, it is doing well, too, primarily because of the impressive performance of the MKX: it was up 27.4% for June and is up a remarkable 72.5% for the year. If we do a Mustang vs. Camaro comparison but look at the performance of Lincoln trucks vs. Cadillac trucks, then things are better for the GM brand. That is, for June, the total number of Lincoln SUVs is 5,636 and for the first half 35,159.

And to put that 395,244 into some sort of context, know that for the first half of 2016, Volkswagen of America—which includes VW, Audi (which set its 66th consecutive month of sales gains in June), Bentley, and Lamborghini—sold a total of 247,135 vehicles—cars, SUVs, exotics, etc.—in the first half of 2016, of 37.5% fewer vehicles than those trucks alone.