Although 3D printing has become something that is hip an almost artisanal among the digital cognoscenti and within the maker movement, there is the set that contains 3D printing as a subset—additive manufacturing—which is something that is being pursued in earnest by a number of mass manufacturers in order to achieve parts and products the likes of which would be difficult if not completely impossible to produce with conventional methods.

One of those companies is Ford, and according to Ellen Lee, Ford technical leader, Additive Manufacturing Research, the vehicle manufacturer has been working with the technology for more than 25 years. “One of the SLA machines we had was serial number 3,” she says, talking of a stereolithography machine, tech that arguably started the whole additive approach. 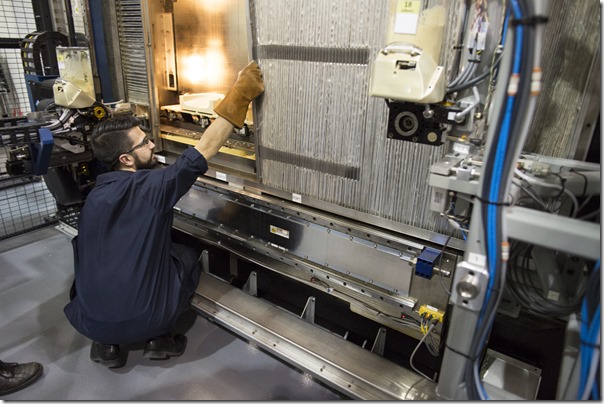 Ford recently installed a Stratasys Infinite Build System—a machine that is able to additively produce parts on a large scale (think something the size of a rear deck-lid spoiler) as it builds horizontally rather than vertically, as is the general norm in additive—in its Research and Innovation Center in Dearborn. 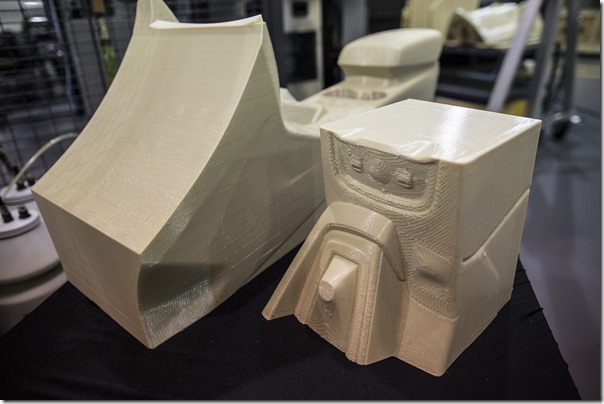 Lee acknowledges that at Ford, like other manufacturers, producing models and prototypes is something that they’re doing every day—producing thousands of parts per year—but that when it comes to “production” as is commonly thought of (i.e., repetitive manufacturing of something at comparatively high volume), there are still issues of build time to be considered (e.g., the aforementioned spoiler might take a day to produce additively; were it to be injection molded it would occur in a minute or two, not hours—although one would need to have the mold tool for the injection molded part, which could take weeks to produce, and with the printed part one goes from a processed CAD file to the factory floor essentially in the amount of time that it takes to download the program).

Lee talks about what’s happening at Ford with additive and what could happen going forward (“It will have a big place in automotive,” she says) on this edition of “Autoline After Hours.”

On this show I’m joined by Mike Martinez of Automotive News (who, not coincidentally, covers Ford) and Sam Abuelsamid of Navigant Research. (Co-host John McElroy was out in California driving the Honda Clarity fuel cell vehicle, which we’ll be covering in detail on the show in a couple of weeks.)

Also on the show we discuss the likely consequences of a diminished EPA and a rollback of the CAFE 2025 target, whether PSA is going to make a play in the U.S. market now that it owns Opel (realize that like Saturn vehicles in the past, a lot of current Buicks are based on Opels, so there is already an interest in those cars in the U.S., whether American customers know it or not), and what the implications of Intel’s acquisition of a leading autonomous vehicle sensor/software company, Mobileye, could be.