The Port of Los Angeles—which measures 7,500 acres, 4,300 of which are land and the remainder water—is the number-one port in the U.S. based on container volume ranking. Last year it handled 182.8 million metric volume tons. 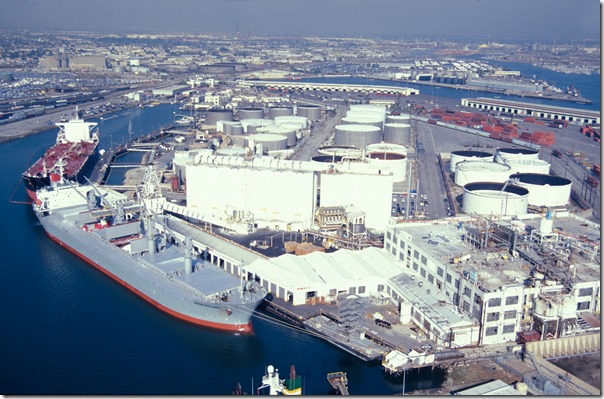 According to Sheldon Z. Brown, on a daily basis some 16,000 Class 8 trucks make their way into and out of the port.

As you might imagine, that’s a whole lot of diesel exhaust.

Brown is interested in that because he is the executive program manager, Product Development Office-Advanced Fuel Cell, at the Toyota Technical Center in Michigan.

And he and his team have developed a modified T660 Kenworth Class 8 truck—which is presumably a common sight at the port, as Kenworth sold more than 60,000 of the truck since its introduction in 2007. It is modified so that rather that running with the standard PACCAR MX-13 engine rated at 455-hp and 1,650 lb-ft of torque, they’re using fuel cell technology.

That is, they’ve deployed two fuel cell stacks as used in the Toyota Mirai. There is a motor and a small (12-kWh) battery. 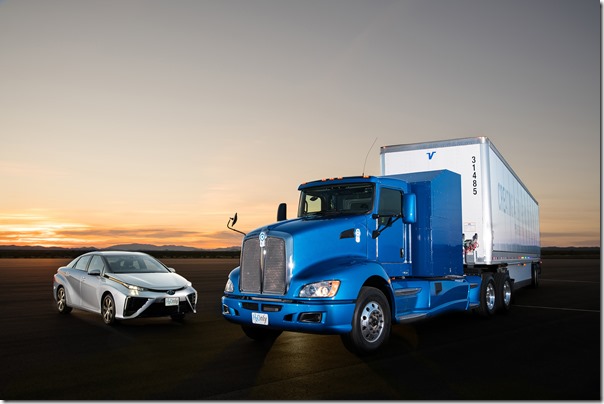 The truck, named the “Portal,” is running in the Port of Los Angeles, where Brown explains they’ve started a program to determine the viability of the concept.

Now there is another advantage to this beyond performing drayage operations. Brown explains, on this edition of “Autoline After Hours,” that one of the things they’re looking at at the Toyota Technical Center is the various scales that the Mirai fuel cell can be deployed. That is, they’re using it in a midsize sedan and (in a lot size of one—they bought the T660 as a glider, i.e., sans diesel engine) a Class 8 truck. To the extent that they can increase the use of the fuel cells, they’ll be able to gain greater scale, which, as is typically the case, means that they’ll be able to decrease the costs associated with what is still an expensive technology: you can get a loaded 2017 Camry starting at $31,370; the Mirai has an MSRP of $57,500. While there are certainly differences beyond what’s turning the wheels, most of the price difference is undoubtedly predicated on what’s turning the wheels.

Brown talks about the Portal and other fuel cell-related topics with Autoline’s John McElroy, Craig Trudell, Bloomberg’s U.S. automotive team leader and me.

Then McElroy, Trudell and I talk about some the news in the industry, such as the massive musical chairs at Ford, the Department of Justice’s suing of FCA for its light-duty diesels, and a whole lot more, which you can see right here: