When the discussion of electrified vehicles comes up, the subject of lithium-ion batteries soon emerges. But there is another power storage device that is becoming increasingly important: the ultracapacitor.

According to Maxwell Technologies, which is an ultracap company, its products have been deployed—so far—in 6.1-million autos. Many of these applications are for start-stop technology. But there are other applications, as well, such as to address sudden peak power requirements and for being a backup power source. 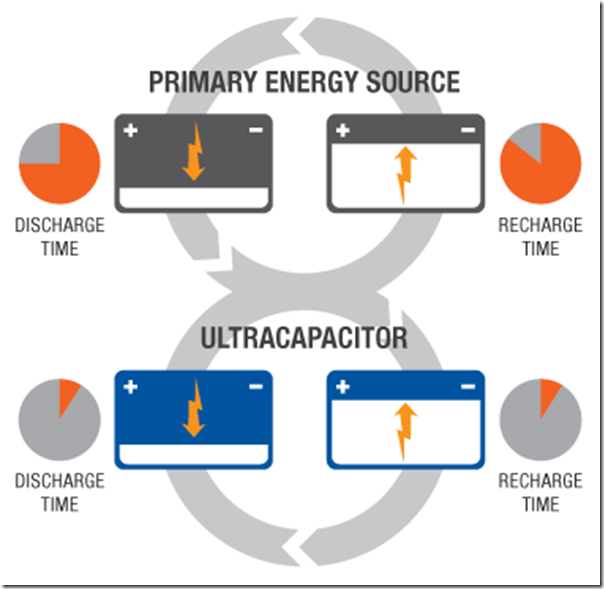 Maxwell’s simple explanation of how an ultracap operates

Maxwell and Zhejiang Geely Holding Group—which has Volvo and Geely Auto among its holdings, as well as nearly 10 percent of Daimler—announced that Maxwell ultracap-based peak power subsystems will be deployed in five mild-hybrid and plug-in hybrid vehicles, model year 2020, that will be available in the U.S. and Europe.

According to Qingfeng Feng, vice president and CTO, Geely, “As we prepared to bring our new, high-performance features into the mainstream of our next generation vehicles, it became evident that ultracapacitors would be essential to address the increasing electrification challenges the automotive industry is facing.”

He continued, “The Maxwell ultracapacitor subsystem has proven to provide significant support for our hybrid cars and will be able to economically handle the challenging peak power demands in a way that batteries alone cannot.”

The ultracaps will be deployed in vehicles based on Geely’s compact modular architecture (CMA). CMA underpins the new Volvo XC40 and will be used for a variety of other vehicles, including the vehicles (crossovers and cars) that will be launched by Lynk & Co, which is another of Geely’s holdings.