Would you buy a Honda made in a GM plant?

Would you buy a Honda electric vehicle made in a GM plant?

Come model year 2024 (which means, in effect, 2023), there will be two all-new Honda electric vehicles that will be based on the General Motors flexible global EV platform and use the GM Ultium batteries. And the vehicles will be made in GM facilities in North America. 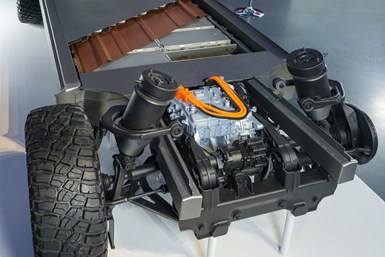 Honda will use GM-developed EV platform and batteries for two MY 24 vehicles. (Images: GM)

The vehicles (not known at this time whether it will be a car or a crossover, but odds are it will be the latter) will have interiors and exteriors by Honda and the vehicles will be tuned to have the Honda driving dynamics.

Rick Schostek, executive vice president of American Honda Motor Co., said, “This collaboration will put together the strength of both companies, while combined scale and manufacturing efficiencies will ultimately provide greater value to customers.”

The key words in that statement are “scale” and “efficiencies.”

Doug Parks, GM executive vice president of Global Product Development, Purchasing and Supply Chain, said, “Importantly, it is another step on our journey to an all-electric future and delivering a profitable EV business through increased scale and capacity utilization. We have a terrific history of working closely with Honda, and this new collaboration builds on our relationship and like-minded objectives.”

Honda and GM have a history of collaborating on technology, such as in fuel cells. More recently, Honda has made an investment in GM Cruise Automation ($2.75-billion over 12 years) and was a participant in the development of the Cruise Origin vehicle.

While the demand for EVs among the general public is something that remains to be seen, it is absolutely the case that in order for OEMs to make money there has to be significant scale.

Last year Ford and Volkswagen announced that they would be partnering, with Ford making use of the Volkswagen MEB electric vehicle platform. Again, scale.

Earlier this year GM announced that it will be bringing out a suite of EVs for its marques in the next few years—and that they would be profitable.

No doubt this collaboration with Honda will help with that.