Remember when GM was in the running for a deal with Rivian that Ford got? Maybe this is its answer to that
#Ford #Honda #GeneralMotors

General Motors and Nikola Corp. announced a “strategic partnership,” through which GM will receive a $2-billion equity stake in Nikola in exchange for “certain in-kind contributions.”

Nikola estimates it will achieve $5-billion in savings over the next 10 years: $4-billion in battery and powertrain costs; $1-billion in engineering and validation costs. 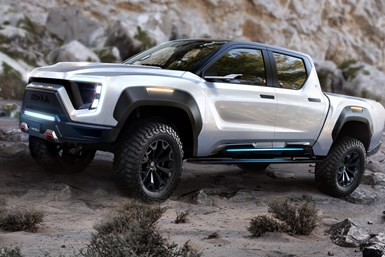 Nikola will use GM’s Ultium battery system and Hydrotec fuel cell technology. GM will engineer, homologate, validate and manufacture the Nikola Badger light-duty pickup, which will come in battery electric and fuel-cell variants.

Also: ““By joining together, we get access to their validated parts for all of our programs, General Motors’ Ultium battery technology and a multi-billion dollar fuel cell program ready for production. Nikola immediately gets decades of supplier and manufacturing knowledge, validated and tested production-ready EV propulsion, world-class engineering and investor confidence. Most importantly, General Motors has a vested interest to see Nikola succeed. We made three promises to our stakeholders and have now fulfilled two out of three promises ahead of schedule. What an exciting announcement.” 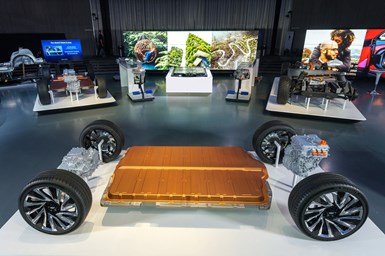 Also: ““We are growing our presence in multiple high-volume EV segments while building scale to lower battery and fuel cell costs and increase profitability. In addition, applying General Motors’ electrified technology solutions to the heavy-duty class of commercial vehicles is another important step in fulfilling our vision of a zero-emissions future.”

Nikola, the company that came to notice of late because of the financial SPAC that sent its valuation through the roof, gains a whole lot of credibility with this deal, more than the order for 2,500 electric refuse trucks that it received last month from Republic Systems.

In June I had the opportunity to interview Milton on an “Autoline After Hours,” during which he was somewhat critical of legacy OEMs—which undoubtedly includes GM. That comment quoted above that put his company before GM gives a sense of his thinking. 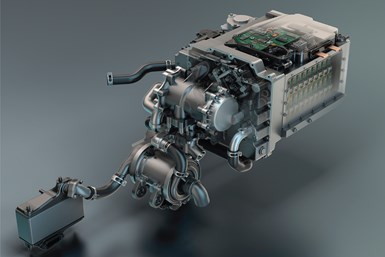 But the bona fides that Nikola gets from working with GM cannot be exaggerated.

As for GM, the company is clearly undertaking a new approach to its business. There was the announcement of the strategic partnership with Honda last week—and realize that it has been working with Honda for several years on fuel-cell technology—from development through production—which aligns with the Nikola agreement.

And it is a recognition that in order for its electric vehicles to be successful it is going to need scale for things like its Ultium batteries, so by having deals with companies like Nikola, this will certainly help.

Although during the “Autoline After Hours” Milton emphasized that the Badger pickup would be branded “Nikola,” not the name of the company that would manufacture it, one wonders whether this isn’t going to lead to a GM electric Silverado.