“Luxury” rhymes with “credibility,” and so it seems that every—or almost every—automotive OEM would like to point to its very own luxury marque. It is a bit different, of course, with the likes of BMW and Mercedes, as they are both companies that have a broad range of offerings, especially Mercedes, which essentially has vehicles for, as Alfred Sloan had it, “every purse and purpose.”

And now Hyundai has Genesis. 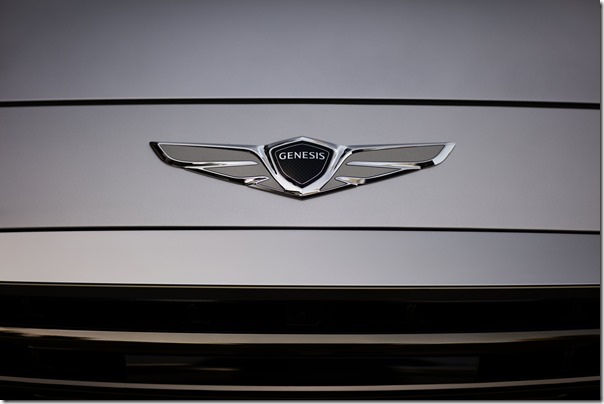 Last week I had the opportunity to sit down with David Zuchowski, president and chief executive officer of Hyundai Motor America, who is responsible for the strategic direction and management of the company’s operations in the U.S., with Genesis under his purview, as well.

Genesis was introducing the G90 luxury sedan to the motoring press and providing an overview of the direction that it will be taking between now and 2021, when it plans to have a showroom consisting of six vehicles.

For the next few years it will just have cars. Right now there are two. The G90 and the G80, with the G80 being the Genesis sold by Hyundai dealers until the advent of the new marque.

Zuchowski has no illusions about how long it is going to take to build the new luxury brand. “We have studied Lexus very carefully,” he admitted. “And they’ll tell you that it took 10 years and $1-billion.” Time and money to create a brand.

He said that it isn’t like throwing a switch and voila! a credible luxury brand.

It takes product. And it takes an extraordinary ownership experience from the start of consideration all the way through purchase and service.

Zuchowski also knows that right now it is tough in the car part of the luxury market in the U.S.

According to Autodata, through July, these are the cars (not including the light trucks/crossovers) delivered by the various companies and how that number compares with January through July 2015:

Minus signs across the board.

And even the Germans are not doing well with cars:

That said, Zuchowski is confident that Genesis will be successful (yes, there are crossovers in the plans—and the G90 is more than up to the challenge).

And one advantage that he thinks that it has versus the likes of Cadillac and Lincoln, two companies that are trying to recreate themselves in many ways, is that with Genesis they are starting out with a blank slate.

Said another way: there are no preexisting notions of what a Genesis “buyer” is, whereas there are certainly those who remember their parents—or grandparents—going into a Cadillac or Lincoln dealership.

In this industry product is king, queen and the rest of the royal court.

But in creating a new luxury brand, patience isn’t merely a virtue, it is a requirement.