GM and Honda Collaborate on AVs

General Motors, and Cruise, the AV technology company that it owns, are collaborating with Honda to develop a purpose-built AV that will be used by Cruise and, more importantly, be “manufactured at high volume for global deployment.” This is no science experiment.
#Honda #GeneralMotors #oem

This is where the autonomous vehicle (AV) development space gets exceedingly interesting: General Motors, and Cruise, the AV technology company that it owns, are collaborating with Honda to develop a purpose-built AV that will be used by Cruise and, more importantly, be “manufactured at high volume for global deployment.”

This is no science experiment. This is the real deal. It should be noted that while there is no indication that this has anything to do with that, but GM and Honda are collaborating on: (1) advanced chemistry battery components for electric vehicles and (2) the production of advanced hydrogen fuel cell systems via a joint venture company, Fuel Cell System Manufacturing. 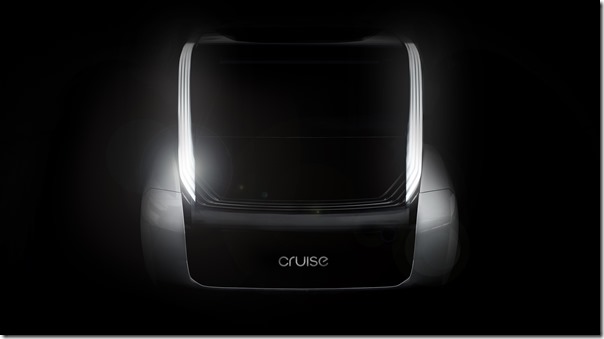 In the case of the AV effort, Honda will invest some $2-billion on the vehicle development, as well as the companies’ exploration of how the purpose-built AV can be used for commercial applications. Honda is also making a $750-million equity investment in Cruise. (Given that GM bought Cruise in 2016 for a reported $1-billion, and this past May Japan’s SoftBank Vision Fund announced it would be making a $2.25-billion investment in Cruise, GM’s purchase will undoubtedly go down as one of the best investments ever.)

Speaking of today’s announcement, Mary Barra, GM chairman and CEO, said, “This is the logical next step in General Motors and Honda’s relationship, given our joint work on electric vehicles, and our close integration with Cruise.

“Together, we can provide Cruise with the world’s best design, engineering and manufacturing expertise, and global reach to establish them as the leader in autonomous vehicle technology – while they move to deploy self-driving vehicles at scale.”

And Honda Executive Vice President and Representative Director COO Seiji Kuraishi, stated, “Honda chose to collaborate with Cruise and General Motors based on their leadership in autonomous and electric vehicle technology and our shared vision of a zero-emissions and zero-collision world.

“We will complement their strengths through our expertise in space efficiency and design to develop the most desirable and effective shared autonomous vehicle.”

Certainly the development of autonomous vehicles is a tremendous undertaking that is being pursued by many global automakers. The enormity of the task is underscored by relationships like this one.

If there is any question that there are going to be significant changes in the structure of the global auto industry going forward, announcements like this should put that to rest because it is happening at a speed that might be otherwise unexpected.