As vehicles get more demanding of processing capability, GM has developed a new architecture that can handle it—and then some.

Let’s face it: whether it is the array of electronics within a vehicle’s cabin for purposes of everything from keeping the occupants comfortable to entertained or the amount of electronics under the hood keeping the engine running at its optimum or the necessary electronics to maintain speed and lane centering, the bottom line is that there are a lot of electronics in today’s vehicles. 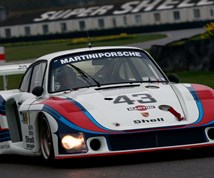 And going forward, there will unquestionably be more.

Whereas one of the earlier approaches to addressing this was simply to add more wiring and processors, things were getting a bit spaghetti-like and unwieldy. 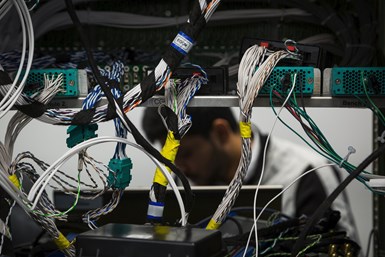 GM engineers have developed a new electrical platform for its vehicles that can operate more quickly and efficiently than previous approaches. (Photos: GM)

Engineers at General Motors decided that there had to be a better way.

So they developed an all-new electronic platform, or architecture, to handle such functions as safety, connectivity, infotainment, driver assistance and propulsion.

This electronic architecture, named “Global B” by the people who developed it, was launched in mid-2019 on the 2020 Cadillac CT5 sedan, then moved to the C8 Corvette Stingray and will be part of the 2021 Cadillac Escalade, GMC Yukon and Chevy Tahoe and Suburban.

Plans call for the platform to be used on most new vehicles being rolled out by GM globally by 2023.

And to get an inside look at this new electrical architecture, on this edition of “Autoline After Hours” we are joined by Gary Bandurski, GM executive director of Global Electronic Components and Subsystems, who was intimately involved in the development of the system.

Bandurski explains how power and signal distribution is becoming more complex in modern vehicles and how they were able to step back and determine a better approach that can not only handle current needs, but also what is likely to be required going forward.

One of the important features of Global B is that it allows over-the-air (OTA) updates, which, Bandurski says, is a means by which even an older vehicle with the architecture can “stay relevant.”

However, he also points out that there is a need to address cybersecurity when dealing with OTA updates so as not to introduce something into the system that simply doesn’t belong there.

Not only is the system capable of handling the communications and processing needs of vehicles powered with internal combustion engines, but it is also designed so that as General Motors moves toward more electric vehicles, the architecture will be ready to handle that.

As mentioned, new Cadillac models are getting the architecture, and new Cadillac models are also being offered with Super Cruise, the driver assistance system that makes use of a sensor array and digital maps to allow Level 2+ driving automation. In order for Super Cruise to work as it is supposed to, massive amounts of data need to be processed in milliseconds; the architecture is up to that task.

On the show, Bandurski talks with “Autoline’s” John McElroy, Richard Truett of Automotive News and me.

In addition, McElroy, Truett and I discuss a number of topics, including the changes at the top of Ford, the announcement by Nikola that it will be launching an electric pickup truck and a whole lot more.