GM: The Drive to Profitability, Part 1

Clearly the company is in a mode that is moving with some momentum in the appropriate direction. Shareholders are happy; the company returned $5.7-billion to shareholders in 2015. Workers must be chuffed, too; GM will be providing profit sharing of up to $11,000 to approximately 49,600 eligible GM U.S. hourly employees. 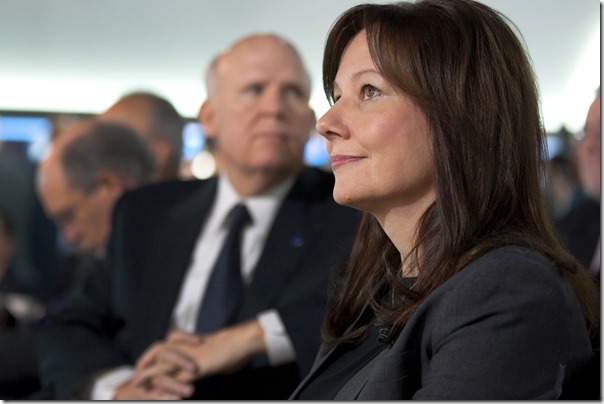 What is different about GM today than from the GM of, say, 10 years ago is that the people at the company are doing the right things right.

That is, they are providing a lineup of cars and trucks that they don’t merely proclaim are good, but really are good.

The GM of yore was quick to boast about products that were massively mediocre. It made one wonder whether anyone at the company had even sat in a Camry or an Accord. Sure, the company, back then, sold plenty of trucks while Toyota’s Tundra was almost a rounding error on a sales spreadsheet, but that was probably more about the exceedingly brand-loyal consumer than it was about the Tundra not being a good truck. This is not to say that the Silverado and Sierra weren’t top-notch machines, but that the sales of those products, perhaps, gave the top people at GM a false sense of their ability to execute always and everywhere at world-class levels.

Those who thought that Mary Barra got her job because of a gender consideration or for some other non-performance related issue have certainly had their comeuppance. The whole ignition switch debacle would have left lesser people completely spent and would have had a statement made about them that they’re “leaving the company to spend more time with their families,” but not only did Barra persevere and address the issue head on, it is almost as though she came out stronger.

And now she’s the CEO of an auto company that reported those numbers.

It isn’t all her, of course. High marks have to go to Mark Reuss, who has proven he knows product development—and especially what products to develop. And Ed Welburn over at Design hasn’t merely refined the portfolio of offerings, he’s pretty much taken the opportunity to transform how each of the four brands are presented to the world.