GMC Concept Takes on the Snow

As everyone knows, concept vehicles are generally cool, and the 2018 GMC Sierra 2500HD All Mountain concept takes that temperature metaphor to the next level, as it has replaced its 20-inch chrome aluminum wheels with Mattracks 150 Series Tracks that have been given a GMC Red finish. That’s right: tank-like tracks instead of tires, so this truck—based on a Denali 4WD Crew Cab platform, so it has a 6.6-liter Duramax turbo-diesel that produces 445 hp and 910 lb-ft of torque that’s mated to an Allison 1000 six-speed automatic—can handle snow better than the Yeti. And having the Denali trim means that it is inviting inside even though it may be blustery outside. 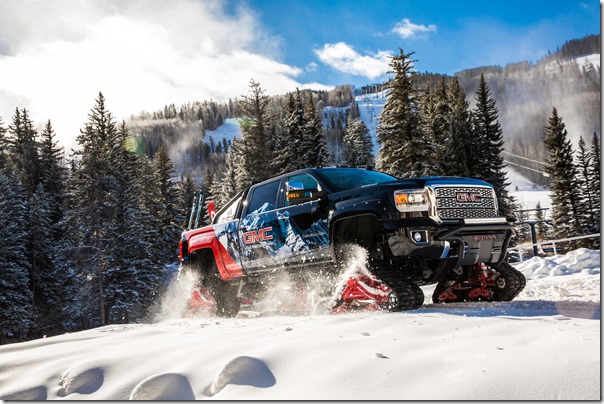 Yes, you can crank “Jingle Bells” and move in the vehicle.

The All Mountain concept is being stationed at the Vail Mountain resort (yes, there is snow there right now). While it is functional, it will, according to a GMC spokesperson, “be used mainly as a display property.”

Still, one can imagine it dashing through the snow in a far more comfortable and capable manner than a one-horse open sleigh. 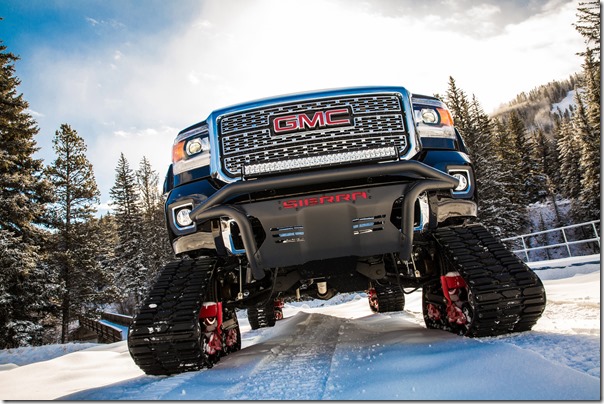