A compelling reason why a major automaker has to have a global footprint can be discerned in the results for the first half of 2018 achieved by Groupe Renault. Although ostensibly a French company, the company’s various brands (e.g., Dacia, Alpine, Renault Samsung) are on offer literally around the world, and that footprint has allowed the company to set a half-year sales record for its passenger cars and light commercial vehicles (LCVs).

In Europe—yes, including France, but certainly not just the home country—its sales were up 4.4 percent, even though the overall market grew 2.8 percent.

In the Americas, Groupe Renault sales were up 18.1 percent; the total market gain there was 6.3 percent, so again, it out performed the overall market. 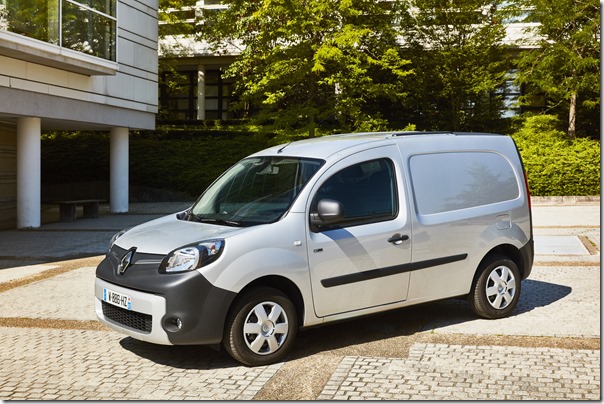 Kangoo Z.E. Sales grew 125 percent. It is an electric vehicle. It has a 38.9 percent share of the electric LCV market.

In Asia-Pacific its sales were up 69.5 percent and up 15.1 percent in Eurasia.

However, not all of the ink was black because sales were down in Africa, the Middle East, and India by 4.5 percent.

According to Thierry Koskas, Member of the Executive Committee, Executive Vice President, Sales and Marketing, “For the third consecutive year, we have set a new sales record, with nearly 2.1 million vehicles sold in the first half. In Europe, the group continues to gain market share, while internationally we are posting excellent performances, notably in Latin America, the Eurasia region and Africa.”

The company anticipates that on a global basis the vehicle market will grow more than it had earlier expected: up 3 percent rather than 2.5 percent. European sales are projected to have an increase of 1.5 percent, Brazil up 10 percent, Russia up more than 10 percent, India up 8 percent, and China up 5 percent.

Although the French market, Groupe Renault estimates, will grown 2 percent in 2018, just consider what the company would be leaving unaddressed were it not focused on the other markets throughout the world.