Did you ever think about buying a Tesla Model 3, the car that has garnered hundreds of thousands of reservations and hundreds of thousands of more words from people anticipating and then, eventually, driving the vehicle? The car was unveiled to the world on March 31, 2016, and while Musk and his colleagues at the Tesla factory went through what he himself admitted was “production hell,” although people waited and waited, although there was some criticism of the build quality in the early going, although there aren’t all of the configurations of the car available (like the inexpensive versions), according to Inside EVs, through November, the Model 3 is the best-selling battery electric vehicle in the U.S. by a considerable margin: there have been 114,532 of them sold during the first 11 months, with the Model S coming in second at 22,495. 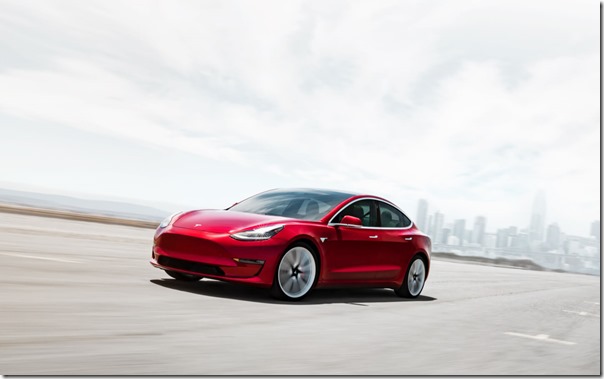 Henry Payne bought a Tesla Model 3. He was on the list. For a long time. Or at least for longer than he’d hoped to be. Let’s face it: When you want to buy a car, you want to get the car. This explains why so many auto dealers have a parking lot full of new vehicles: Maybe someone wants to buy a red sedan, but if there’s a blue one available, they’ll go for that.

But Henry was patient. He was able to get the color he wanted. The bigger battery that would provide an estimated 310 miles of range. And so on.

Henry isn’t your average car buyer. For one thing, he races a vintage Lola 90. For another, he is the auto critic for the Detroit News, which means that Henry has driven considerably more cars than most people are likely to do in two lifetimes.

But as Henry explains on this edition of “Autoline After Hours,” as an enthusiast and as someone who looks at Tesla as being a remarkable company from the stand point of being a startup that has sustained itself in an industry where things like that don’t happen all that often (sure, there are plenty of EV startups, but how many of them have vehicles that you can put in your own garage?). Henry is deeply engaged in the auto industry. So he bought his Model 3.

He tells Autoline’s John McElroy, Jack Keebler of consultancy Keebler Auto, and me about his experience with the Model 3 (which he drove into the studio), from the time he ordered it (and waited), to the time he got it (he had to go to a dealership in Cleveland because the state of Michigan doesn’t allow Tesla stores), to what he did with it upon receipt (he took it to the M1 Concourse, a facility in Pontiac, Michigan, that includes a 1.5-mile track, to run hot laps), to how he got to the studio (he got into the car at his home and told it to route him to “Blue Sky Productions,” and with just that information, the navigation system performed the routing).

This show is a deep-dive into the car. While, as you can see from the show, Henry is very enthusiastic about the Model 3, he does acknowledge some limitations (e.g., as he lives in Michigan and as it is cold here this time of year, he was surprised at how before taking a trip to the west side of the state, a back-and-forth trip that would have been well within the 310-mile range, the car advised him that it wouldn’t be able to make it there and back without a visit to a Supercharger).

While Henry, John, Jack, and I do talk about other things (e.g., Waymo’s pilot ride hailing program in Arizona, the affordability of vehicles), if you’re at all interested in Tesla, you want to see this show.

Which you can get to right here.