HOG, JOG and the EMEA

For those of us who live in the United States, there are two motor vehicle brands that seem to be quintessentially “American.” One is Jeep.
#Jeep #HarleyDavidson #oem

For those of us who live in the United States, there are two motor vehicle brands that seem to be quintessentially “American.”

The other is Harley. 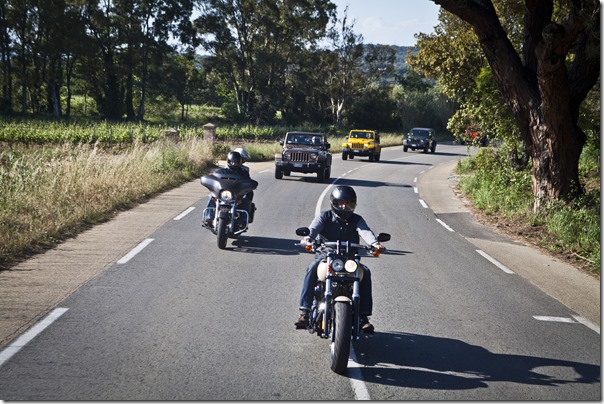 So it came of something of a surprise to us to learn that Jeep and Harley-Davidson have, for the past three years, been collaborating on events in the EMEA (Europe, Middle East, Africa) region.

At events in France, Germany, Netherlands, Austria, UK, Inlay, Slovenia, Czech Republic, and South Africa (e.g., the Euro Festival, which will be held in Saint-Tropez later this month), there is a Harley Village on site, and within it there is a Jeep section including production and customized models.

In 2014, the first year of the partnership, there were more than 600,000 participants at the events. Last year it passed one-million.

Another interesting thing to know about the two brands in the EMEA region:

When it comes to Harleys and Jeeps, it really is a global village.