Honda Increases the Ability to Flex

One of the phrases that you don’t hear all too often anymore is “production flexibility.” Which means, of course, the wherewithal to make Y is X isn’t selling all that well, or making a shift to Z if the other two are lagging. This flexibility means that the production assets are being used to their utmost. Without it, production lines will just limp along, making the best of a not-good situation.

You might think that the reason that “production flexibility” isn’t mentioned is because it is one of the things that the automakers have now extensively implemented and mastered. Which is true to varying levels. A better case might be made for the word “quality,” which is also becoming somewhat rare, as the OEMs have pretty much mastered. While you might argue that there’s been no lack of extensive recalls over the past several months (or years), these are largely issues predicated on something gone wrong at a supplier plant, not at the OEMs’.

It struck us as interesting to see a headline on a news release: “Honda to Invest $85 Million in Alabama Plant to Advance Production Flexibility.” 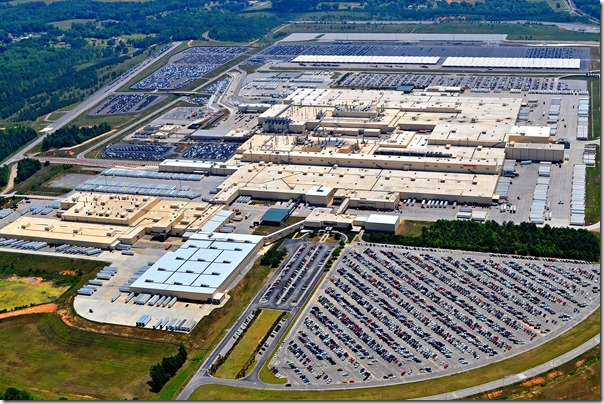 If you want to cite a company that has been pursuing production flexibility for a number of years its Honda. And this investment in Lincoln, Alabama, is simply another indication as to the seriousness with which it takes production capability and capacity.

While you may not be familiar with HMA—as in “Honda Manufacturing of Alabama,” know that the plant at present measures 3.7-million square feet, employs more than 4,500, represents a $2.2-billion investment.

This is the part where production flexibility gets defined. The plant specializes in light truck manufacture: it is the sole producer of the Honda Odyssey minivan, the Pilot crossover, the Ridgeline pickup, and the Acura MDX SUV.

In addition to which, they produce the V6 engines that are used in those vehicles.

The new investment will include a building expansion for one of its lines, as well as putting the means in place that will allow the implementation of “future technologies.” While unspecified, it’s a good bet that those technologies will be things that will boost the ability to make more—and less—of what they need—or don’t.