How Real Is Additive Manufacturing?

There is a lot of discussion about how 3D printing/rapid prototyping/additive manufacturing is revolutionizing manufacturing, including automotive manufacturing. But the question is: how much of this is hype driven by those who are tech fanboys or those who happen to have a decided interest (i.e., they happen to be producing the equipment and/or the associated materials for the process). In other words, there is a lot of heat but not a whole lot of light, which is somewhat odd, given that generally the process (actually processes, as there are a variety of methods used to create parts straight from post-processed CAD files) uses a laser, speaking of light.

So on this edition of “Autoline After Hours” we get some straight talk about additive from Jon Walker of EOS of North America. If you look closely you can see the various textures that can be achieved on this plastic part produced with additive.

EOS has been in the additive space since 1989, when it was established in Munich. Given its locale, it doesn’t take too great a stretch of the imagination to realize that the company has done and continues to serve the automotive market.

It provides machines that perform laser sintering for a variety of metals—aluminum, steel, titanium, and nickel and cobalt chrome alloys—as well as plastics—polyamides, polystyrenes, thermoplastic elastomers, and polyaryletherketones.

According to Walker, the equipment continues to get more robust and capable, which is allowing it to move into existing or new applications.

For example, there is the MINI Yours Customized program, where customers can order tailored things like personalized side scuttle inlays. The order is placed digitally and the specific product is produced in a facility in Germany, then boxed and shipped to the MINI owner. 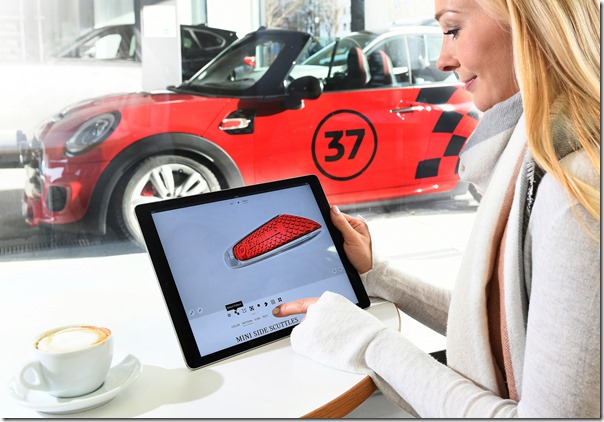 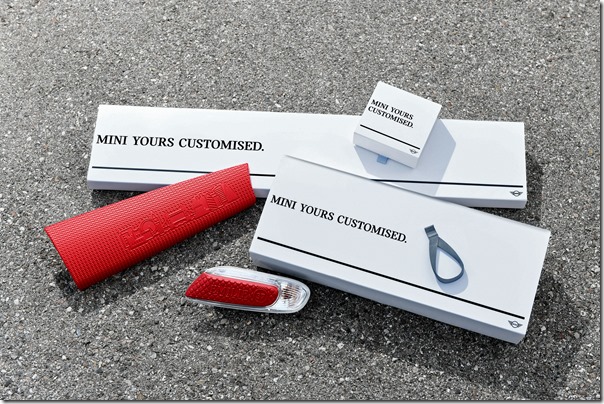 . . .Receive your customized MINI parts boxed and ready to be installed on your car.

Recently General Motors announced that it was working with additive manufacturing to determine whether it would be possible to produce a seat bracket that had fewer parts than the existing assembly as well as have physical characteristics that were better than the existing. The company printed a part that is a single component that is 40 percent lighter and 20 percent stronger than the original. On the left that black weldment is an existing seat bracket. On the right is a component that serves the same function but is 40 percent lighter and 20 percent stronger.

Yes, Walker admits, the process itself takes longer than traditional approaches, but he points out that if you consider all of the time that is required to make a traditional assembly—everything from making the tooling needed for stamping the components to welding them together—then the time becomes not as great a factor. What’s more, the part made with additive has a configuration that would otherwise be nearly impossible to make with other processes.

He suggests that as more electric vehicles are developed, vehicles where weight is a paramount consideration, then additive is an important enabler.

Another application that is allowing manufacturers to produce parts that are otherwise difficult to achieve is producing conformal cooling inserts for molding tools. Walker says there are a number of companies manufacturing parts right now that take advantage of the capabilities provided by the metal inserts made with EOS equipment.

Walker talks with Chris Paukert of Roadshow by CNET, Joe White of Reuters and me on the show.

Then after Walker leaves the set we are joined by Stephanie Brinley of IHS Markit, a leading automotive analyst.

The four of us then discuss a variety of subjects, ranging from the Detroit Three executives meeting with President Trump to the on-going saga that is Tesla.