How to Make a Favorite SUV Even More Favorable: 2020 Ford Explorer

A remarkable thing about the Ford Explorer is that for so many years—it was introduced in 1990 as a ’91 model year vehicle—it has been rolling along with its three rows, often full of families, and nameplates tend not to have this sort of longevity, nor a vehicle such popularity.

Over five generations there have been some 7.7-million Explorers produced. Now at the Chicago Assembly Plant they are producing the sixth generation, the 2020 model, which will undoubtedly add significantly to the numbers of what Ford claims is “America’s favorite SUV.” 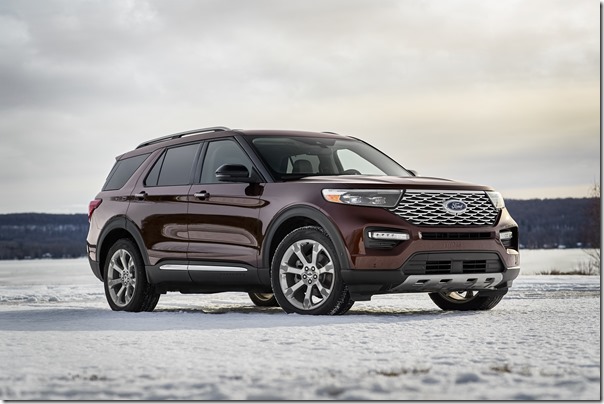 Although the Toyota Highlander outsold the Explorer in 2018—244,510 units to 227,732—with the new rear-drive architecture for the venerable vehicle as well as a range of trims (standard, XLT, Limited, Limited Hybrid, ST, and Platinum), chances are good that when it comes to sales for 2020*, the Explorer may climb to the top of that sales hill (the vehicle is available with four-wheel drive—which is estimated to have a 60 percent take rate—and all of the models are available with drive modes including normal, sport, trail, slippery, tow/haul, and eco, with the 4WD models also having a deep snow and sand mode, so traversing hills is certainly manageable, although the vehicle is not being positioned as something that will be taking on something like, say, the Jeep Grand Commander.

According to Bill Gubing, chief program engineer for the vehicle, who has been working on the Explorer for eight years, they have had “a relentless obsession on the customer,” with team members doing extensive research. 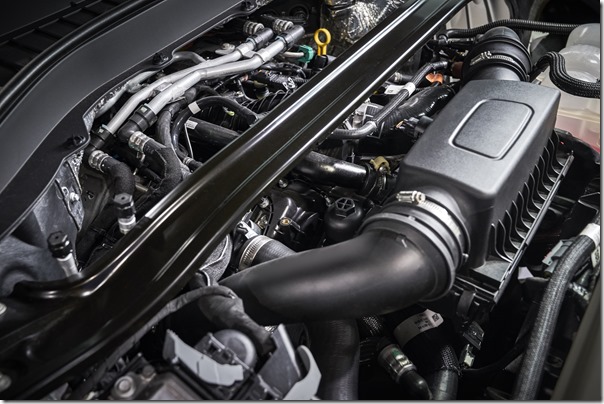 One of the things that the engineers have brought to the 2020 Explorer is expanded towing capability. Fitted with the appropriate towing setup, a 2020 Explorer with a 2.3-liter EcoBoost I4 (estimated to provide 300 hp and 310 lb-ft of torque), can haul up to 5,300 lb., which bests the comparable current capacity of 3,000 lb.; the Platinum Explorer, which is powered by a 3.0 twin turbocharged EcoBoost V6 that provides 365 hp and 380 lb-ft of torque, can handle 5,600 lb. on the rear hitch, which is 12 percent more than its current analogue can, which is interesting because the 2019 model has a 3.5-liter engine. (Both engines are mated to a 10-speed automatic that has a rotary shifter interface.)

(And while on the subject of mass, it is worth noting that the base, XLT and Limited models have a curb weight of 4,345 lb., and the Platinum comes in at 4,727 lb. Gubing points out that they’ve trimmed approximately 200 lb. from the Explorer thought the use of a mixed material approach, including aluminum and steel (speaking of which, he said they’re using approximately 25 percent boron steel in the body-in-white, taking advantage of the comparative lightness and certain strength of the material, and which, Gubing says, increases the overall structural stiffness of the vehicle).) 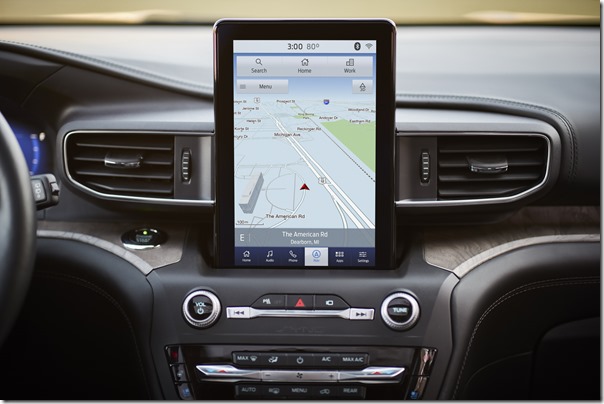 Of course, today’s customer is undoubtedly more interested in space—the seven-passenger SUV provides 152.7 cubic feet of passenger volume (it is less in the Platinum model, 146.8 cubic feet, because there is a rather enormous standard moonroof that lowers the front- and second-row headroom)—and technical amenities, and with the last one they’ve gone all-in, with an array of available offerings, including a 10.1-inch touch screen with a capacitive surface that allows smart-phone like interaction (with such things as Apple CarPlay, Android Auto, and Waze navigation) and a 980-watt, 14-speaker B&O audio system, and FordPass Connect, a connectivity—4G LTE WiFi system—that handles up to 10 mobile devices and allows smartphone access to the vehicle for locking, unlocking and starting the vehicle (with the appropriate wireless service plan) on the interior side of things.

And as for operational technology, the Explorer includes available Active Park Assist 2.0, which literally allows parallel or perpendicular parking with a simple touch of a button (the first Ford application of this technology in North America), and standard Ford Co-Pilot360, which includes Pre-Collision Assist with Automatic Emergency Braking (including Pedestrian Detection, Forward Collison Warning and Dynamic Brake Support), Blind Sport Information System with Cross-Traffic Alert, Lane-Keeping System, a rearview camera with built-in lens cleaner, and auto headlamps with auto high-beams, and if that’s not enough then there are available Evasive Steering Assist and Post-Impact Braking.

From a styling standpoint, there are similarities between the fifth- and sixth-generation vehicles (blacked out A- and D-pillars; body colored C-pillars), although Gubing points to what he calls “an accelerating rear roof,” which may be somewhat faster but certainly not in Mustang range.

But then that’s why there are things like the Explorer and things like Mustangs designed, engineered and built by Ford.

*The 2020 Explorer will hit dealers in the summer, so it won’t be until next year that it will be in the market for a full year. 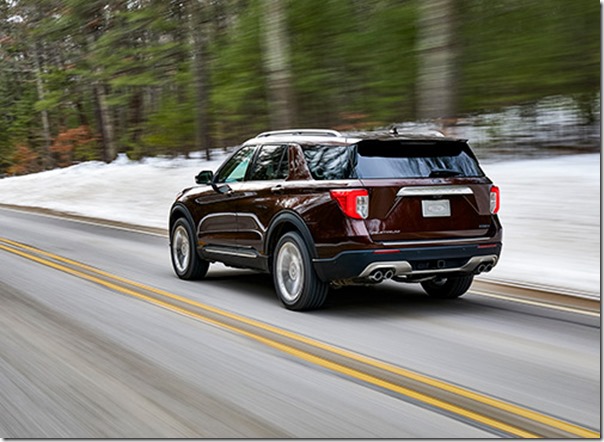