And what do OEMs and dealers need to do to improve their operations?
#tech #IBM #dealers

Remember when it seems as though there would be a vehicular version of cord-cutting and people would forego private vehicle ownership and use ride-hailing services like Lyft and Uber? Well, COVID-19 has changed the math on that in more than one way. For example, due to stay-at-home orders, Lyft has laid off 982 employees, furloughed an additional 288, and has cut salaries for its employees. Uber is expected to cut as many as 20%.

Of course, when things get back to “normal,” all of this will be readjusted.

According to a study conducted by IBM last month, things aren’t looking like that is going to happen.

While it is always the case that there is an upside to turning non-customers into true believers, that doesn’t look good for the ride-hailing companies. A full 40.64% say “I never use it and likely will not in the future.”

These are the numbers for getting a ride and being the only passenger. The numbers are worse for things like Uber Pool.

Things look even more troubling for taxis. Earlier this decade a New York taxi medallion cost on the order of $1-million. It is now around $150,000. The IBM study indicates that it could be going further south.

So if you’re not going to be using a Lyft or a taxi to get to work, if you had actually pre-COVID-19 decided to drop the personal car, if you’re like a large number of those IBM surveyed, seems as though finances are going to be a problem should you think about getting back to the showroom.

Asked about the impact that “Constraints of personal finances” would have on buying a vehicle, 25.77% say “a moderate amount,” 18.29% say “a lot” and 15.62% say “to a large extent.” Which sums to nearly 60% are looking at personal financial issues.

Maybe it will have to be the bus or train. The Federal Transit Administration is allocating $25-billion to urban and rural transit agencies.

Which may not be enough. According to a blog published by the World Bank Group, public transport ridership is down 70 to 90% in cities around the world.

So financial issues or not, it seems as though people—who don’t have the opportunity to continue to work from home—are going rely on personal transportation.

I asked Karen Newman, vice president of the IBM Services Division, about what their data shows regarding the consequences of COVID-19 on transportation. 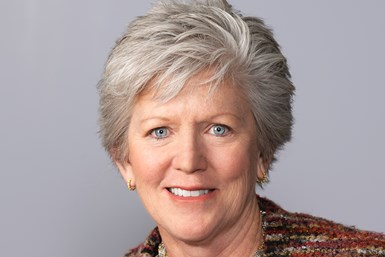 And there is at least one bright spot: “Over the last few years,” Newman said, “our research has found Millennials don’t want to own vehicles. This has changed it.”

Given that Millennials—those who were born in 1981 through 2000—now represent the biggest cohort in the U.S. population ~72 million—that is good news for the OEMs.

However, Newman pointed out that there needs to be more work done by OEMs and dealers on the digitization of their operations. For the OEMs, she said, key things are supply chain visibility, analytics and artificial intelligence tools. For the dealers: “More people want to buy on-line. No one wants to go through three to four hours at a dealership.”

In other words, these companies—OEMs and dealers alike—need to become digital.

Newman: “Digitization is a big, broad word. But companies need to think about the advanced technologies and tools and become more digital in the future.”

Arguably, that future is right now. But Newman said that while OEMs have done a good job of digitizing their engineering and design functions, it has to move more into manufacturing. She admitted that this transformation is a “big undertaking for any company.”

But it seems essential.