Baidu is a China-based tech company that is regularly referred to as the “Google of China,” given that it has a hugely popular search engine site and is doing a wide range of work that focuses on artificial intelligence for a variety of application, as well as working on autonomous vehicles. Its Apollo Project launched last year, is developing a software platform for autonomous vehicles; partners include BYD, Microsoft, Intel, Daimler, Ford, Honda, and many more. 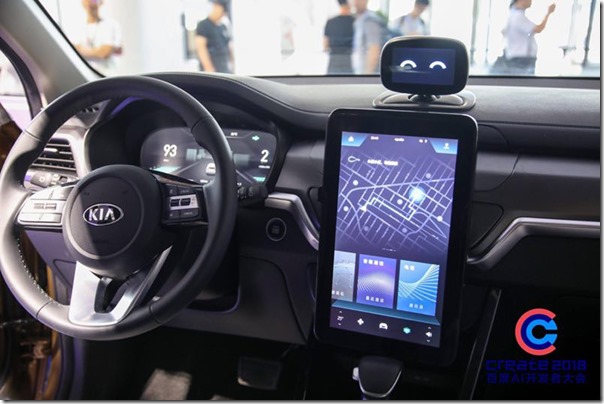 Yes, Kia is part of the Hyundai Motor Group

Hyundai Motor Group and Baidu have just signed a memorandum of understanding (MOU) for the Internet of Vehicles (IoV). This is in addition to the other work they’re doing under the umbrella of Apollo.

A key element of the new initiative is to embed Xiaodu In-Car OS in Hyundai group vehicles; Xiaodu In-Car OS was just released; it consists of a dashboard, smart rearview mirror, infotainment, and an in-vehicle “robot” (think of it as something like an always active Siri that communicates with the vehicle occupants). And as communication with the robot is voice, Baidu’s natural language processing technology will be coupled with Hyundai’s proprietary noise cancellation technology.

The first thing the two companies will do will co-develop a connected car service (e.g., real-time traffic data related to a route in navigation) that used big data and AI; Hyundai and Baidu think this system will help address the demand for vehicular connectivity services “in China and beyond.”

The auto industry is simultaneous getting more global and smaller as tech meets mobile mechanisms.