Hyundai Going Forward In a Number of Ways

On the morning of November 8, Mike O’Brien, vice president, Corporate, Product and Digital Planning at Hyundai Motor America, took the wraps off what will be the flagship SUV in the company’s lineup, the three-row Palisade. O’Brien explained that the vehicle will seat eight, have plenty of cargo space, and be equipped with an array of technology, both for safety as well as for driver and passenger infotainment. The unveiling occurred at the Hyundai America Technical Center, Inc. (HATCI), in Superior Township, Michigan, just east of Ann Arbor, to a group of journalists, who are sworn to secrecy vis-à-vis providing any more information about the vehicle than you’ve read so far right here.

But O’Brien did point out that Hyundai has been on an aggressive cadence in terms of rolling out new vehicles as well as substantially modifying existing models: everything from brand-new vehicles, like the Kona compact crossover—both as a car with a gasoline engine and as an electric vehicle (“a no-compromise, no excuse” EV, O’Brien says, citing the fact that this is a car with a 258-mile range)—to refreshes of the Sonata and Elantra and a new Veloster and Santa Fe. Oh, and there’s the hydrogen-powered Nexo, as well.

On the afternoon of November 8, Mike O’Brien went to the studio of “Autoline After Hours,” where he sat down with Autoline’s John McElroy, Autoblog.com’s editor-in-chief Greg Miglore, and me to talk about Hyundai’s development activities in light of the changing vehicle market. Notably, O’Brien said that data seems to indicate that while there has been a significant movement from sedans to SUVs and crossovers, looking at indices including transaction prices and days-on-lot leads them to believe that there is a balance being created. That is, while there will undoubtedly be more movement away from cars to the light truck category, the degree to which this is happening is not nearly as extreme as it has been. O’Brien said that there are characteristics of cars—like low-center of gravity that contributes to maneuverability—that people like. And so they’re going to continue to develop cars to address these and other benefits that customers are looking for. As some OEMs may be reducing their car offerings, O’Brien said that this is not their intention. 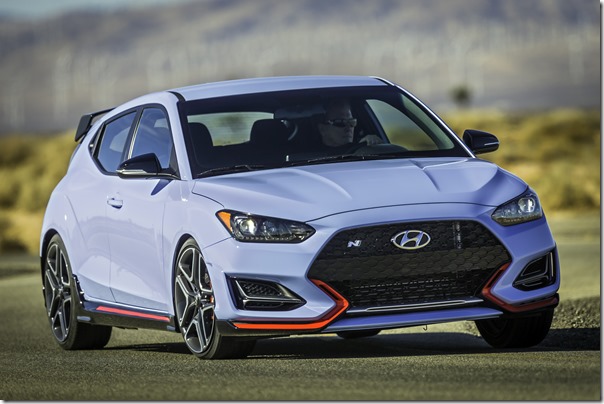 O’Brien also talked about the recently introduced 2019 Veloster N, a vehicle that is designed and engineered to provide high levels of performance, a car that he said can be driven on a daily commute as well as on a track.

And John, Greg and I discuss the news of the week.