Although the common wisdom seems to be that sedans have had it and everything is going crossover, Mike O’Brien, vice president, Product, Corporate and Digital Planning, Hyundai Motor America, points out that while the sales of sedans may be declining, they still represent a non-trivial number of sales in the market. For example, the Elantra had sales of 113,481 units between January and July of this year, which is down but slightly from the same period last year (113,539). 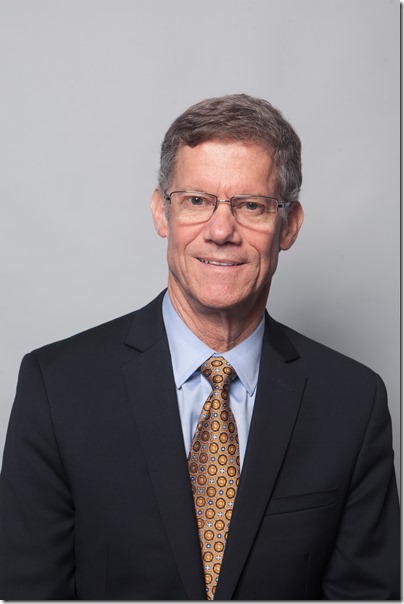 Consequently, Hyundai (yes, while developing new crossovers, like the recently introduced Santa Fe) is improving its sedans, as with the sixth-generation Elantra, which has undergone a midcycle refresh—although “refresh” is to mild a word to describe what they’ve done.

O’Brien says that when most companies do a midcycle change, it is rather modest, a new front clip perhaps, because to do more is to invest millions (realize that the production of tooling to manufacture major body panels requires more than a trivial investment), and the idea is that as the vehicle is halfway to being done, the money might better be saved. 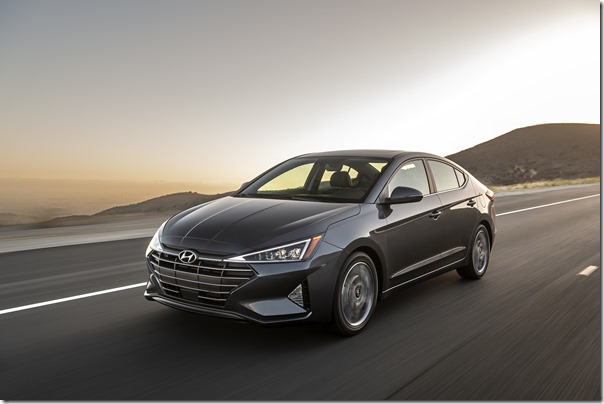 But that’s not what Hyundai is doing for the 2019 Elantra Sedan, as it has new sheet metal panels including the hood, front fenders and trunk, and new additional elements as in the front fascia, grille, headlights, rear fascia, taillights, and new wheel designs. 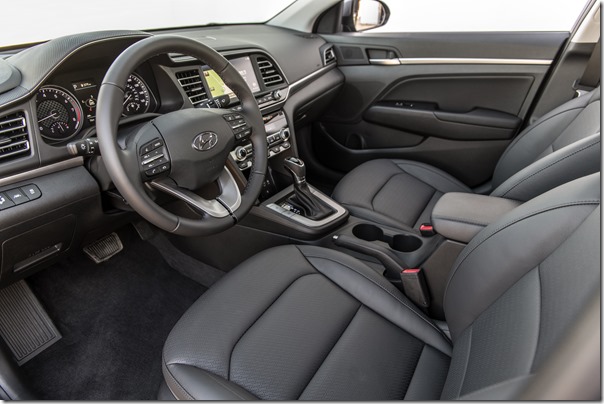 On the inside they’ve developed a new center cluster and air vents. 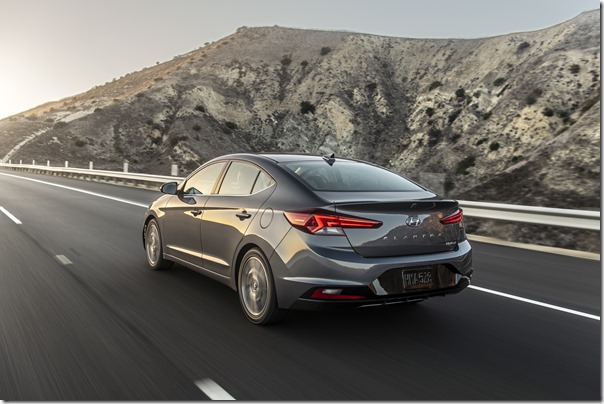 Interesting to note that while some companies are minimizing their investments in sedans—especially small ones—Hyundai and some other car companies (e.g., Toyota, Honda) recognize that there are still buyers who are interested in, well, cars. So they’re producing appealing products to meet those interests.

And as the others don’t, they create a self-fulfilling prophecy (“No one is buying our small cars, just as we predicted they wouldn’t” “Isn’t it possible that they don’t because what you’re offering isn’t very compelling?”)—and reduced sales.